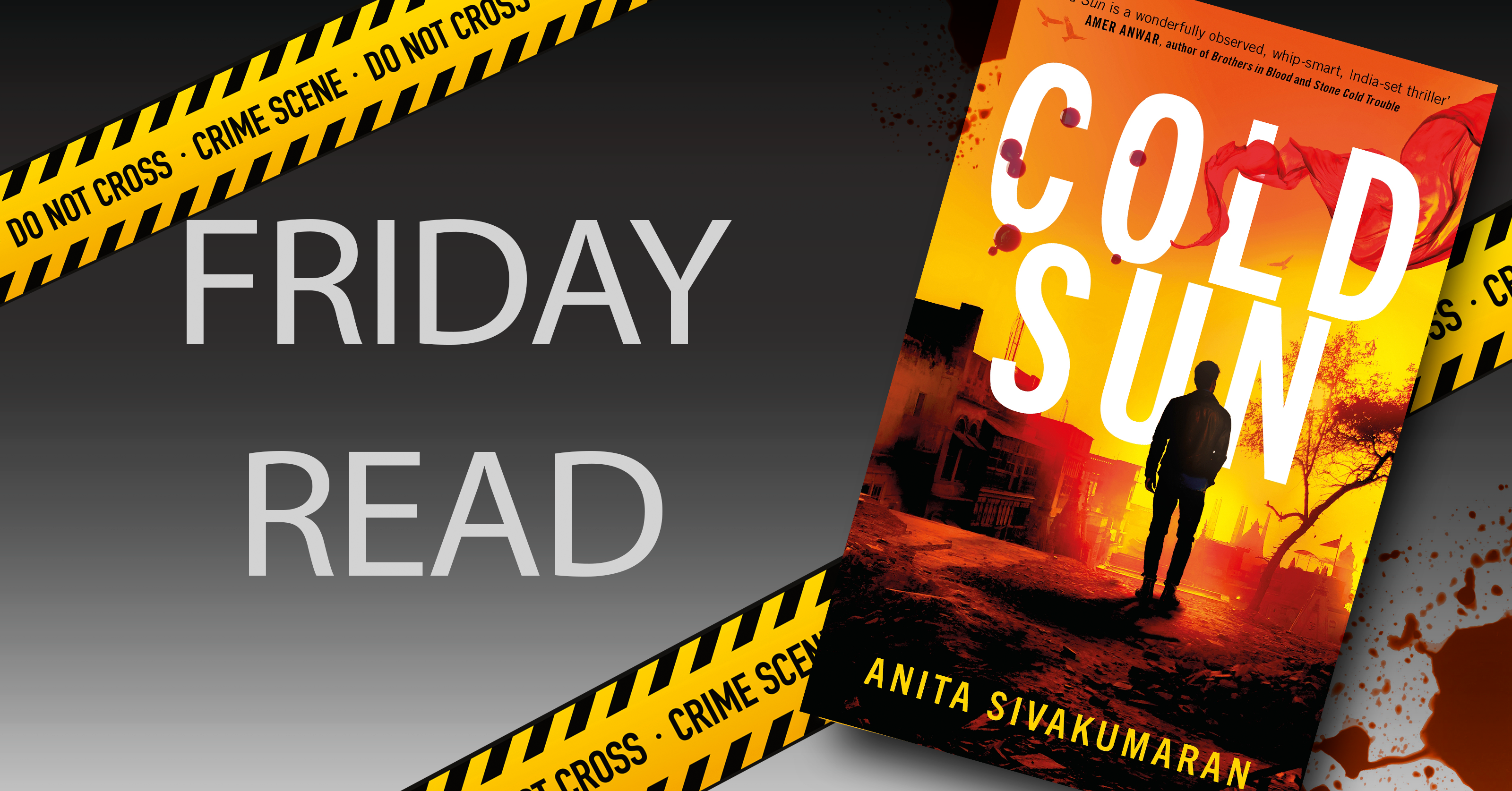 One of the things I most love in a crime thriller is a really strong sense of place. Anita Sivakumaran’s Cold Sun has that in spades. The start of a new series, we follow Detective Vijay Patel as he’s sent from his base in London’s Scotland Yard to a bustling Bangalore, where Sivakumaran brings the vibrant city to life.

Once in India, Patel finds himself up against an immensely twisted killer who has been killing women and leaving them dead, wearing red marriage saris. It’s clear the killer is trying to make a point, but can Patel put the pieces together in time to track him down? It’s a breathless and utterly gripping ride. Fans of Ian Rankin, Abir Mukherjee and Val McDermid will be hooked! 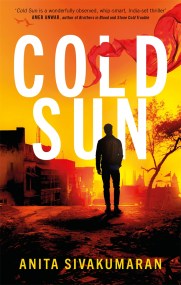 'Wow just incredible... The killer's identity just took my breath away... Breathtaking suspense and mystery that will blow you away... Outstanding. ⭐⭐⭐⭐⭐' Surjit's Book Blog⭐⭐⭐⭐⭐

In the golden afternoon light, the young woman lies perfectly still, her dark hair fanning out behind her. She is dressed in a rose red sari, shot through with gold. Just like the others.

The last time Detective Vijay Patel visited India, he vowed never to return. After a devastating accident, the country holds only bitter memories and broken dreams. But when three young women are murdered in mysterious circumstances, Patel is pulled back to his past.

Leaving his fiancée Sarah behind in London, Patel rushes to a beautiful apartment on a tree-lined street where the body of Sarita Mohan, a successful businesswoman, has been found. Floating on a sea of black satin, she is dressed in red silk, a tiny silver ring on the fourth toe of her right foot.

Desperate to find a link between the murders, Patel digs into the other cases and spots the missing link. The toe ring is a symbol of marriage and the distinctive red saris are traditionally worn for weddings. What is the killer trying to tell them? Why leave each body posed like a bride?

Then Sarah is kidnapped, and Patel is frantic to find the woman he loves before she becomes the next victim. As he desperately re-reads the killer's last cryptic message, Patel finds the critical clue he's been searching for, and hopefully a chance to save Sarah.

Determined to rescue the woman he loves, can Patel outwit the deadliest killer he has ever faced? Or is he already too late?

Utterly unputdownable, this breathless thriller will keep you guessing until the final, shocking twist. Fans of Ian Rankin, Abir Mukherjee and Val McDermid will be totally gripped!

What readers are saying about Cold Sun:

'Wow, wow, wow. I just couldn't put this one down. An absolute masterpiece. Gritty, fast paced, brilliant... Loved loved all the characters... One of the best crime books I have ever read. Just wonderful. Will be recommending this to everyone.' Bestselling author Renita D'Silva ⭐⭐⭐⭐⭐

'Absolutely gripping... So intense... The twists I encountered along the way were so unexpected... I could not stop to put this down at any point... Gave me tingles... I was so nervous about how this book was going to play out.' Twilight Reader ⭐⭐⭐⭐⭐

'Completely pulled in... I have devoured this book in one sitting.' Little Miss Book Lover 87

'Twisty... I didn't guess the denouement at all, even as the book was racing towards its conclusion.' The Quick and the Read

'Exciting... A super-gripping new thriller series... You'll be kept guessing as to the killer's identity throughout... Will have you totally hooked.' Cosmopolitan

'Fast-paced and riveting.' Beyond the Books

'Anita Sivakumaran is an exciting new name in crime fiction.' The Times