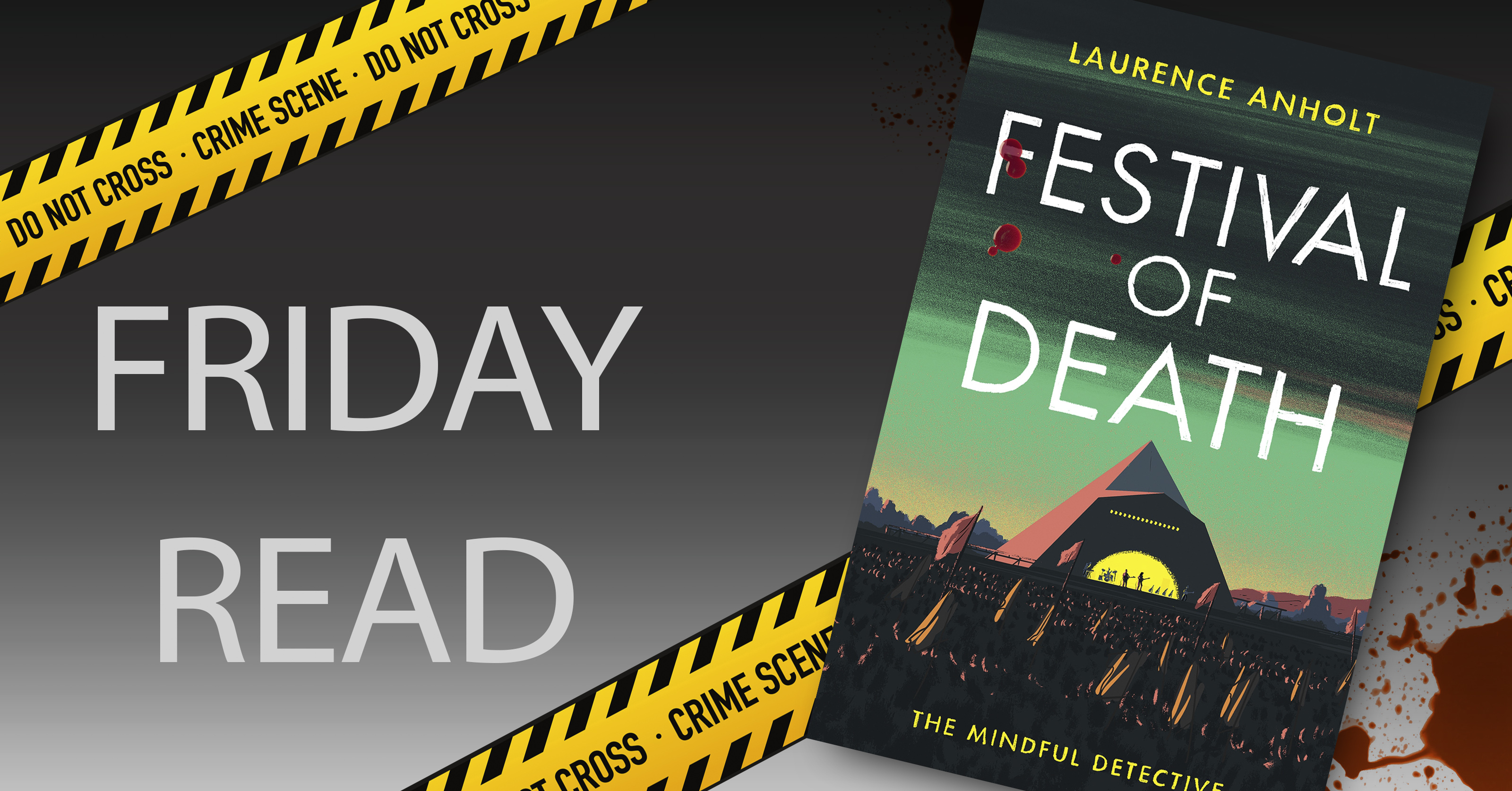 Ah, summer 2020 has passed . . . and what a summer of no-s it was: no holidays abroad, no Wimbledon, no crime festivals anywhere in this country . . . and no Glastonbury, of course.

But to overcome that particular loss, why not immerse yourself in the fabulously jacketed Festival of Death and transport yourself back to a blazing hot summer in Somerset, where an alternative Glasto is taking place, complete with two feuding rock star brothers who are reunited on the Pyramid stage – and then one of them suffers a very public and fatal electrocution.

So once again, Buddhist detective Vincent Caine is reunited with his partner, DI Shanti Joyce, as both are tasked to find out what went on behind the scenes at this much-feted reunion.  And it turns out it’s murder most bizarre as the two of them struggle to untangle the wildly conflicting statements of minders, lovers, drug-fuelled roadies and very dodgy divas, all set against the mystical backdrop of Glastonbury Tor and Unworthy Farm.

So – enjoy this alternative to the iconic alternative music festival, and once you’re done you can enjoy the fact you don’t now need to transport a tent and rucksack full of smelly clothes across a boggy field, nor will you need to soak for three days in a bath to remove all traces of grime and body glitter. And very possibly, you’ll be left feeling a lot healthier too . . . 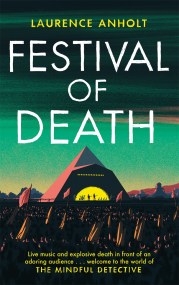 'A super start to the series' Frances Brody

Live music... and explosive death in front of an adoring audience - welcome to the world of the Mindful Detective . . .

When Ethan Flynn, charismatic vocalist of supergroup Stigma, is electrocuted by his own guitar in front of 175,000 witnesses on the Pyramid stage at the Glastonbury Festival, suspicion falls on his tyrannical twin, Tyrone.

Leading the murder investigation is Buddhist detective, Vincent Caine, and his partner, DI Shanti Joyce. To Shanti's consternation the pair have become known as 'the go-to team for weird stuff in the West Country' and few crimes come weirder than this. Amidst the pulsating beats of the festival, the unlikely duo struggle to untangle the wildly conflicting statements of minders, lovers, drug-fuelled roadies, and dodgy divas.

Against the mystical backdrop of Glastonbury Tor and the tiny Somerset village of Kilton, the terrifying trail leads Shanti and Caine from clairvoyant Tarot readings to the cryptic lyrics of a lost song, cunningly concealed by the tragic superstar.

Can the unlikely mix of Shanti's down-to-earth pragmatism and Caine's intuitive sleuthing skills solve this most singular of murders? Is the future of the world's greatest festival in peril? And what happens when two consummate professionals are forced to share a tent in the steamy heat of summer?