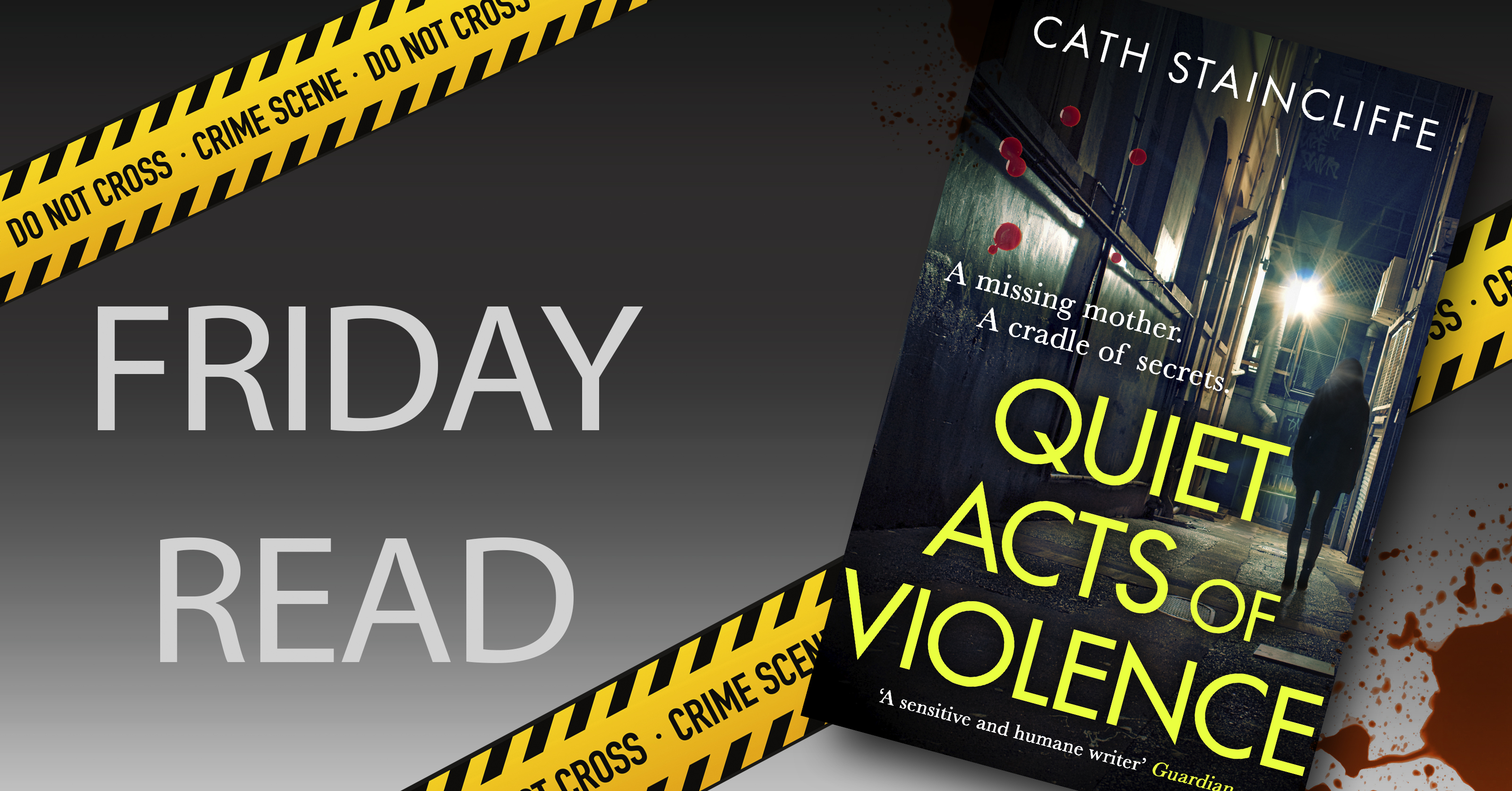 It’s always such a privilege to publish the latest from Cath Staincliffe because, as Ann Cleeves has said, any book Cath writes is guaranteed to give us a moral workout. And although often not a relaxing read, her books leave you asking questions about the state of our society in the UK today, about what’s right and what’s wrong, about how we view and treat one another and how our prejudices are formed and sustained.

In Quiet Acts of Violence we are reunited with the two female police detectives first encountered in the powerful and moving Girl in the Green Dress. Here, Donna Bell and Jade Bradshaw are tasked with investigating the death of a newborn found in a trade bin; is it a tragic accident or murder, and what circumstances in Austerity Britain have led to this situation?

As in all of Cath’s books, there are no easy answers or neat, happy endings. But if you want a thought-provoking read which questions your assumptions, then look no further than this book.

Cath was due to appear at Harrogate this month to talk about Quiet Acts of Violence but sadly yet inevitably the festival this year was cancelled. We are so pleased, however, to report that Cath has now been asked by the organisers to appear next year, when Harrogate and all of us within the crime fiction community will be up and running again. And I think we should all now raise a glass to that! 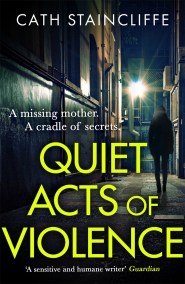 'Gripping' Mail on Sunday on Fear of Falling

A dead baby. A missing mother. A cradle of secrets.

From the author of the Scott and Bailey series, Quiet Acts of Violence is a novel about family and betrayal, injustice and poverty, the ties that bind and those that break us.

Has the woman killed her child? Is she at risk to herself? Someone in the neighbourhood of old terraced streets has the answers. But detectives Donna Bell and Jade Bradshaw find lies and obstruction at every turn, in a community living on the edge, ground down by austerity and no hope. A place of broken dreams. Of desperation. And murder.

When a stranger crashes into Jade's life, her past comes hurtling back, threatening to destroy her and the world she has carved out for herself.

Donna struggles to juggle everything: work, marriage, kids. It's a precarious balancing act, and the rug is about to be pulled from under her.

''This powerful, often harrowing story will move you to tears' My Weekly