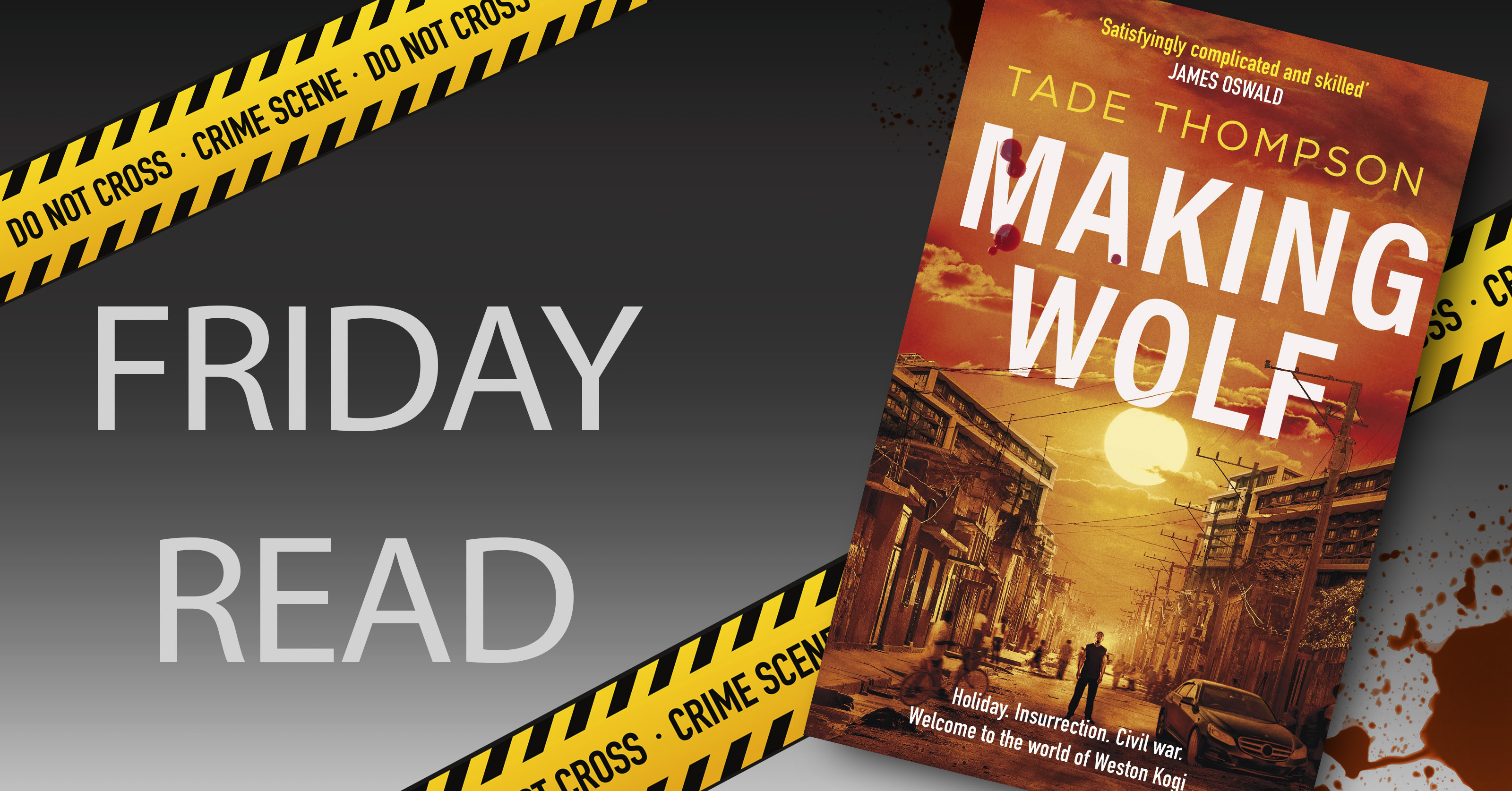 This week’s Friday read is the taut, electrifying and sometimes surreal crime noir thriller Making Wolf, by the celebrated and award-winning author Tade Thompson. It’s the story of Weston Kogi, a London-based detective who makes an unforgettable, brutal homecoming to Alcacia, a fictional Nigeria. Food is good, beer is plentiful, and telling people he works as a homicide detective seems like harmless hyperbole . . . until he wakes up in hell. As Thompson – who won the UK’s most prestigious prize for science fiction novels – puts it in his own words: ‘Nobody associates crime noir with Africa, but the location shouldn’t matter. Crime fiction is about humans violating the social contract, and other humans trying to restore it. That’s what Making Wolf is.’ 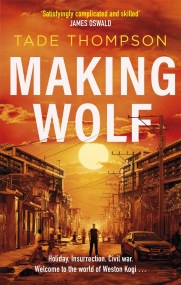 'It was easy to stay up well past lights out to read just one more chapter - and then one more...' James Oswald

LONGLISTED FOR THE CWA GOLD DAGGER

Meet Weston Kogi, a London supermarket store detective. He returns home to his West African home country for his aunt's funeral. He sees his family, his ex-girlfriend Nana, his old school mate Church. Food is good, beer is plentiful, and telling people he works as a homicide detective seems like harmless hyperbole, until he wakes up in hell.

He is kidnapped and forced by two separate rebel factions to investigate the murder of a local hero, Papa Busi. The solution may tip a country on the brink into civil war.

Making Wolf is the outrageous, frightening, violent and sometimes surreal homecoming experience of a lifetime.