by Jeff Abbott
Sam Capra is living the life of his dreams. A young American in London, he has a perfect flat, a perfect job with the CIA and a perfect wife, Lucy – who is seven months pregnant with their first child.

But one sunny day, it all goes up in flames. Sam receives a call from Lucy while he’s at work. She tells him to leave the building immediately, which he does – just before it explodes, killing those inside. Lucy vanishes, and Sam wakes up in a prison cell.

Why did Lucy call him? Was she a loving spouse or an enemy operative? Is Sam’s unborn child safe? Adrenaline coursing through his veins, Sam enters a frantic race to save his life and discover the truth about those he thought he knew so well… 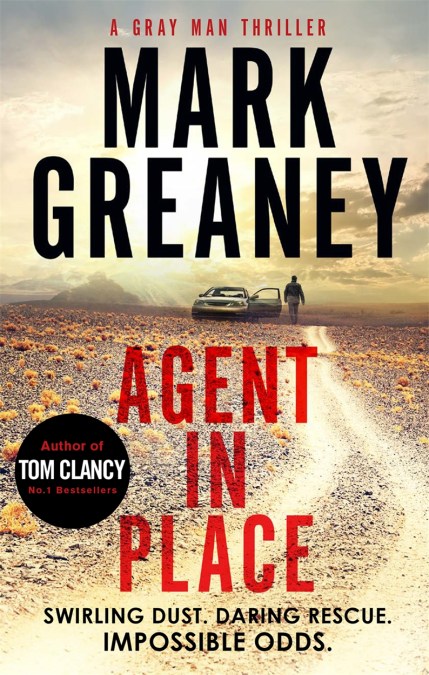 by Mark Greaney
‘I love the Gray Man’
Lee Child

Court Gentry is back in action. This time he’s working on behalf of a well-connected group of Syrian expats to secure the Syrian president’s mistress so they can use her to bring down the president’s regime. But the expats’ plan goes awry when it’s discovered the mistress has a baby–the Syrian president’s only male heir–hidden away in a Damascus safe house.

Court goes after the baby, a decision that comes at the price of the mistress’s life. The expat organization deems the boy now useless to their cause and refuses to protect him against the Syrian first lady and the notorious Swiss assassin in her employ. With no support on the way, Court realizes he’ll have to take down the Syrian president himself if he and the boy are going to make it out alive…

‘Greaney cranks out one winner after another’ Kirkus 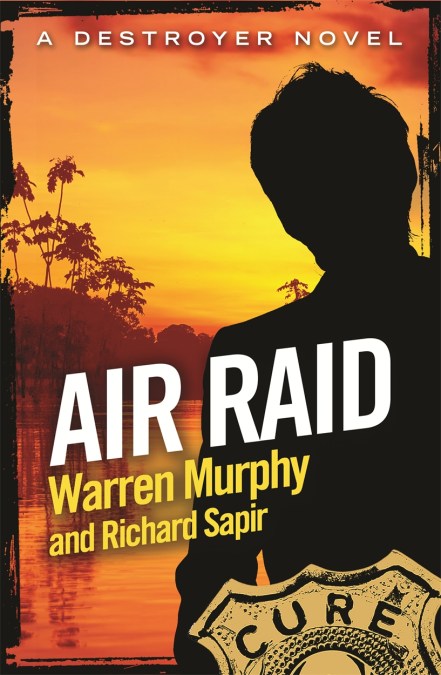 by Warren Murphy by Richard Sapir
Don’t breathe the air…

They are tiny, genetically engineered blue seeds that mature quickly into trees that literally suck all the oxygen out of the air. They’re the twisted experiment of the earth-friendly but highly secretive Congress of Concerned Scientists, and now they’ve been snatched by its head, Dr. Hubert St. Clair.
Having killed off all but one of his scientific team, he’s leading Remo and Chiun on a chase through the proverbial forest. He’s got enough seeds to choke off the world’s oxygen supply, and the ability to create environmental disasters at will. Battling everything from acid rain to blistering heat to frigid cold, the Destroyer races to thwart double disaster in the Amazon rainforest: St. Clair is planting seeds like a maniac and a U.S. President prepares to nuke Brazil into oblivion. 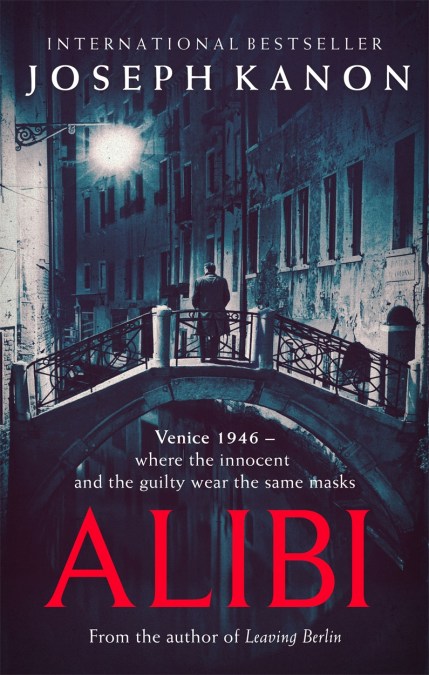 by Joseph Kanon
The year is 1946. A stunned Europe is beginning its slow recovery from the ravages of World War II. Adam Miller has come to Venice to visit his widowed mother and forget the horrors he witnessed as a US Army war crimes investigator in Germany. But when Adam falls in love with Claudia, a Jewish woman scarred by her devastating experiences during the war, he is forced to confront a Venice haunted by atrocities it would rather forget.

Beneath the dream-like façade he discovers a city in which everyone was compromised by occupation, not least Gianni Maglione, the suave and enigmatic Venetian who is both his mother’s new suitor and the man responsible for much of Claudia’s suffering. When the troubled past erupts in violent murder, Adam finds himself at the centre of a torturous web in which the most valuable thing is not a stone-cold alibi, but the truth itself.

The truth will out in this fantastic mystery from the author of Leaving Berlin and The Good German. 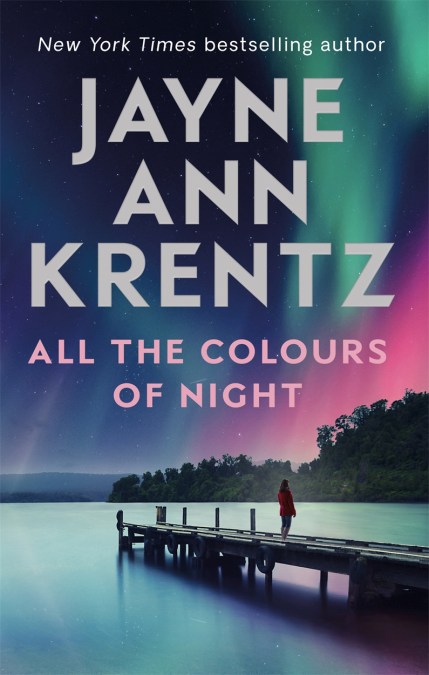 All the Colours of Night

by Jayne Ann Krentz
If you like Nora Roberts and Sandra Brown, you’ll be swept away by this thrilling pageturner about two psychics who plunge into a dark world of deadly secrets. . .

North Chastain possesses the ability to track down the most dangerous psychic criminals. But when his father suddenly falls comatose at the hands of a deadly artefact, North is at a loss. Tracking down killers might be his forte, but to locate the relic he’s going to need a psychic with an intimate knowledge of the shadowy underworld of dealers and collectors…

Disgraced antiques expert Sierra Raines is looking to begin again. Resorting to the shady paranormal artefacts trade, she finds and transports valuable objects. When North Chastain requests her services, she reluctantly accepts – for North represents the Foundation, the enigmatic organisation that polices the psychic underworld, both its criminals and those – like Sierra – making a living in its shadows.

The pair soon find themselves in the town of Fogg Lake, at the scene of the ‘Incident’; decades ago, a disaster in the nearby labs of the Bluestone Project, a covert government program, forever changed the town’s residents. The pair unearth shocking truths about what occurred that fateful night, but they are playing with fire – someone in the town knows what they’ve discovered and will stop at nothing to keep the truth buried.
___________

Find out why readers are RAVING about Jayne Ann Krentz: 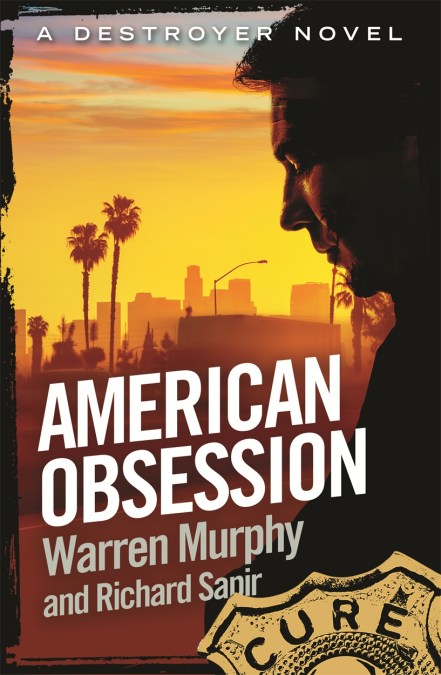 by Warren Murphy by Richard Sapir
The new body culture is finally bringing its rewards, thanks to a hormone treatment that rapidly restructures body fat to muscle, all overnight, during a true beauty snooze.

But it’s way-out expensive, and only the rich and famous can indulge. After all, what’s a thousand bucks a day when the result is a body to die for?

There are some side effects – no pain, no gain! But when innocent people start paying a steep price for the stars’ self-improvement regimens, CURE’s Dr. Smith sends Remo and Chiun to infiltrate the Lycra crowd and the hallowed halls of the legalized drug trade. Soon their investigation is blocked by a greedy corporation, but the worst challenge is from an army of celebrities – lean, mean products of a killer diet…. 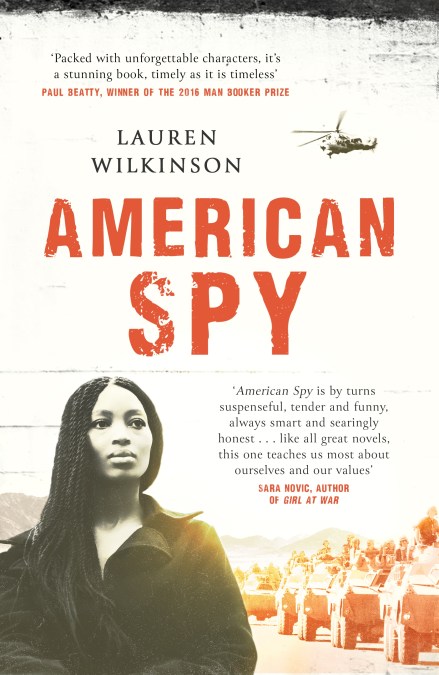 SHORTLISTED FOR THE 2019 CENTRE FOR FICTION FIRST NOVEL PRIZE

‘A whole lot more than just a spy thriller, wrapping together the ties of family, of love and of country’ BARACK OBAMA

‘There has never been anything like it‘ MARLON JAMES (GQ)

‘A compelling read’ MAIL ON SUNDAY

What if your sense of duty required you to betray the man you love?

It’s 1986, the heart of the Cold War. Marie Mitchell is an intelligence officer with the FBI. She’s brilliant and talented, but she’s also a black woman working in an all-white boys’ club, and her career has stalled with routine paperwork – until she’s recruited to a shadowy task force aimed at undermining Thomas Sankara, the charismatic, revolutionary president of Burkina Faso, whose Communist ideology has made him a target for American intervention.

In the year that follows, Marie will observe Thomas, seduce him, and ultimately, have a hand in the coup that will bring him down. But doing so will change everything she believes about what it means to be a spy, a lover, and a good American.

‘A spy thriller like you’ve never read before’ TIME 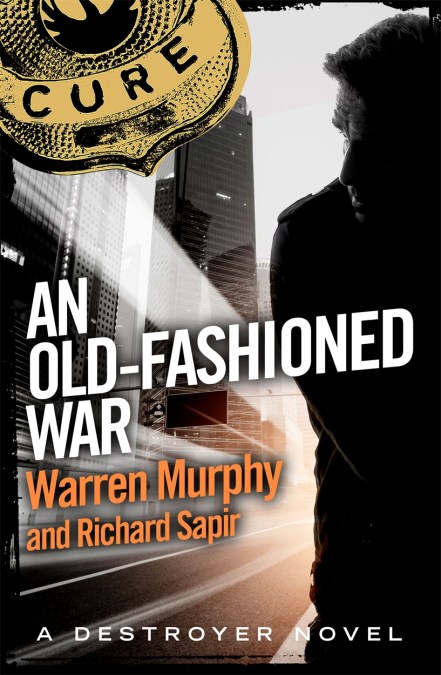 by Warren Murphy by Richard Sapir
Breathlessly action-packed and boasting a winning combination of thrills, humour and mysticism, the Destroyer is one of the bestselling series of all time. 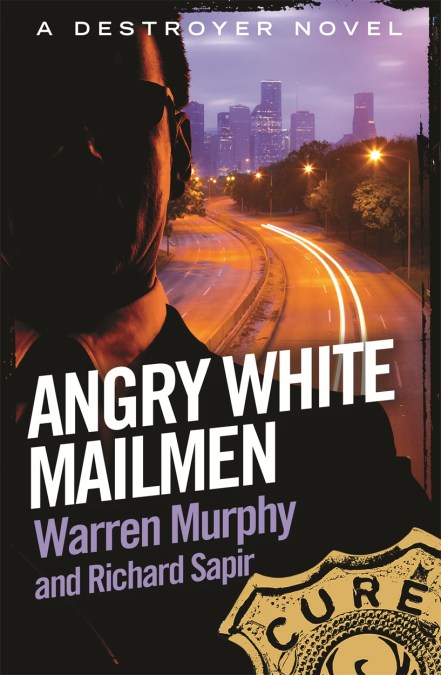 by Warren Murphy by Richard Sapir
A hard probe into stolen nukes puts Mack Bolan on a firefight through Scandinavia, racing to piece together a scenario involving China, thirty tactical nukes and an unknown target. With Phoenix Force’s Gary Manning as point man, they’re losing a battle against an enemy that is heavily armed, highly organized and deadly.

While the endgame remains uncertain, Russian and Finnish gangsters, Chinese special purpose troops and the mysterious power brokers backing the operation are hours away from unleashing hell on earth. The Executioner’s arctic battleground is a frozen hell, but the odds are mounting for a meltdown of apocalyptic proportions. 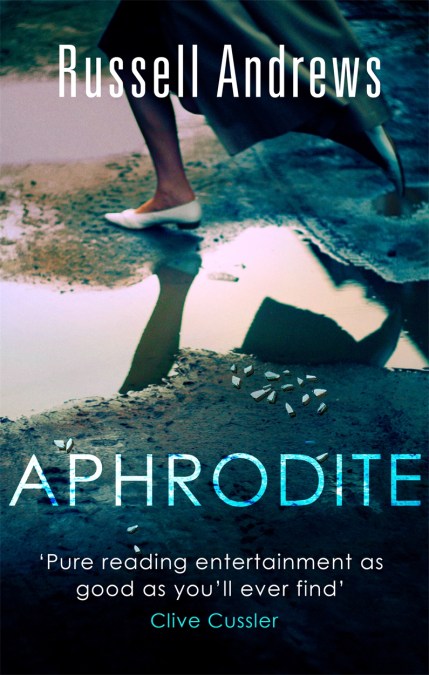 by Russell Andrews
Whenever the word Aphrodite is whispered somebody dies. The victims never know what it meant: is it a person, a product, a code word – what? And why is keeping its meaning secret, so important?

Justin Westwood has retreated from reality by taking a menial post with the police department in Long Island. Mindless traffic duty and a lot of booze stop him reliving the past, but his dormant professionalism is reluctantly awakened when he realises that the death of a young journalist is deliberate, not accidental.

Retracing the woman’s movements in the hours before her death, Justin learns she’s been in trouble for quoting some erroneous facts in an obituary of a man who had been living in the local old people’s home. Not the sort of mistake which normally brings a duo of professional hitmen to the door of a fallible reporter, and certainly not one which brings the FBI into town.

As Justin attempts to unravel the puzzle, he finds someone is a step ahead of him, disposing of witnesses and setting him up for the rap. Realising he has to face real life at its starkest if he is to survive, he goes solo – and finds himself at the centre of one of the greatest conspiracies of his time.

‘A fast moving thriller in the Grisham genre’ Sunday Telegraph

‘I defy you to figure out who dunnit, why they dunnit, or how they dunnit’ Janet Evanovich 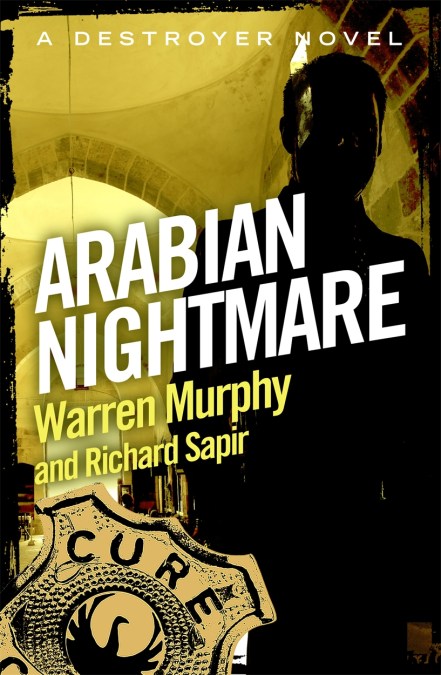 by Warren Murphy by Richard Sapir
Remo and Chiun face a diabolical dictator and a female fiend in a middle eastern hell. 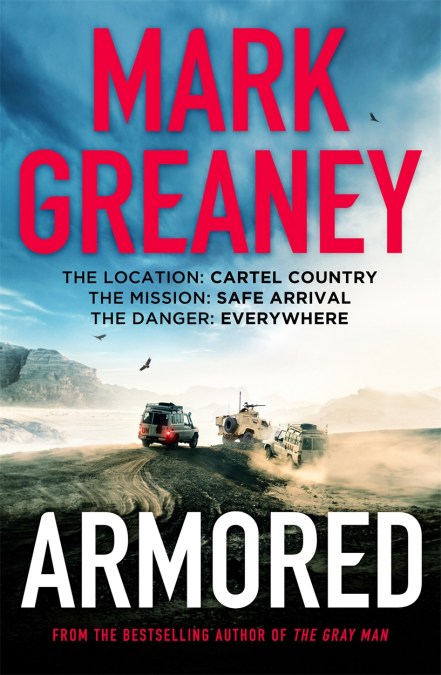 One last job, out of the fire, and into hell…

From the #1 New York Times bestselling author of The Gray Man series comes a very different kind of hero.

Joshua Duffy is a Close Protection Agent – a professional bodyguard, and he’s one of the world’s elite operatives. That is he was until his last mission in Lebanon. Against all odds, Josh got his primary out alive, but the cost was high. Josh lost his lower left leg.

There’s not much call for an elite bodyguard with such an injury. So, Josh has to support his family working as a mall cop in Jersey. For a man like Josh this is purgatory on earth, but even in Paramus miracles occur.

A lucky run in with an old comrade promises to get Josh back in the field for one last job. The UN is sending a peace mission into the Sierra Madre Mountains in Mexico, an area so dangerous it’s known as Espinazo del Diablo (The Devil’s Spine). Only a fool would think they could broker peace between the homicidal drug cartels in the region and only a madman would sign on to keep those fools alive.

Soon to be a major film by Michael Bay, Armored is a gasp-a-minute rollercoaster of a thriller.
Previous Page Next Page