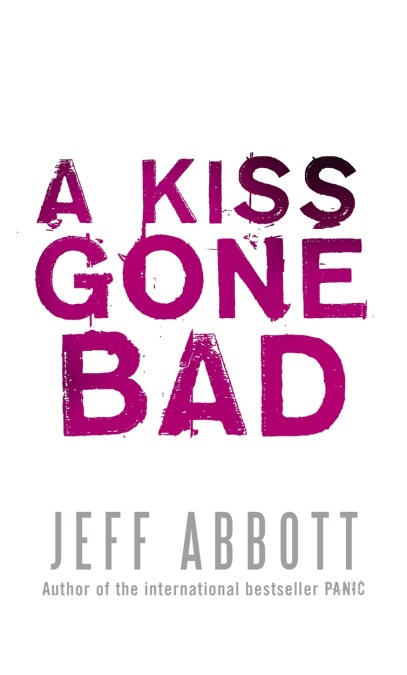 by Jeff Abbott
Judge Whit Mosley is called out in the middle of the night to certify a body – but when he discovers that the dead man on the yacht is none other than the son of the powerful Senator Lucinda Hubble, Whit knows all hell is going to break loose.

Ignoring pressure from all sides to rule the death as suicide, Whit and Detective Claudia Salazar peel away the layers of corruption and cover-up behind Pete Hubble’s death, despite the danger to their careers – and their lives. But more dangerous than the shocking truth they discover is the obsessed killer who has already chosen his next victim… 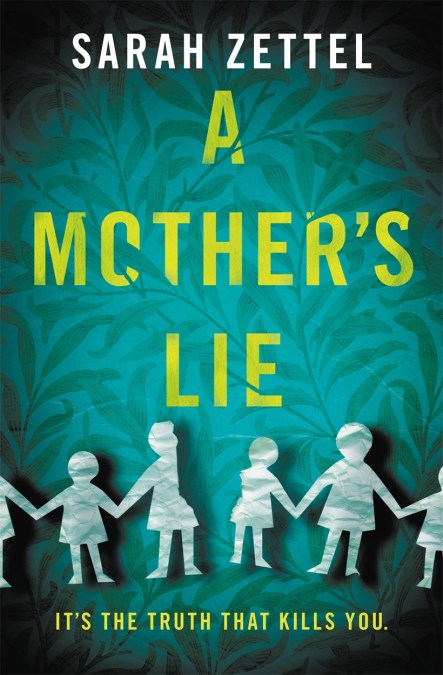 by Sarah Zettel
A compulsive family drama about a mother’s desperate search to reclaim her daughter from the horrors of her own past, perfect for fans of Then She Was Gone.

Beth Fraser finally has her life together. She’s built a successful career in the tech sector, has a bright fifteen-year-old daughter, and she’s completely erased all evidence of her troubled past. At least that’s what she thought.

Dana Fraser always wondered why she’s the only kid with two backup phones, emergency drills, and a non-negotiable check-in time every single day. When a stranger approaches her on the street claiming to be her grandmother, Dana starts to question what else her mother has been hiding.

Soon Beth’s worst nightmare is coming true: Dana is in grave danger, and unless Beth is willing to pull one last con job for her parents, she may never see her daughter again. 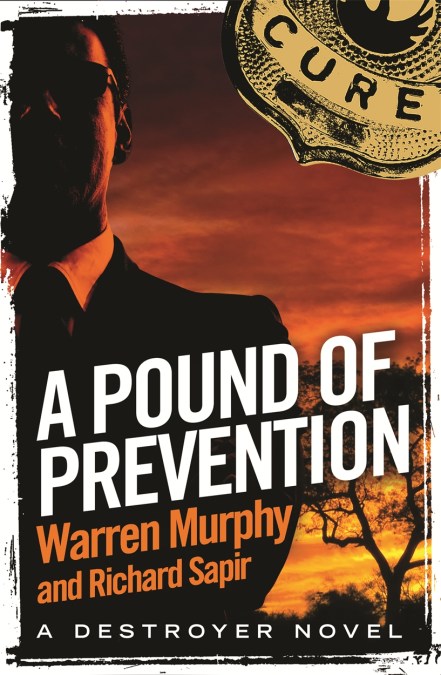 A Pound of Prevention

by Warren Murphy by Richard Sapir
Something funny is going on in the East African nation of Luzuland…and it’s more than just the usual civil unrest or military coup. Organised crime lords are converging for what looks like an underworld summit, and Dr. Harold Smith dispatches Remo for a look-see and quiet, effective neutralisation! 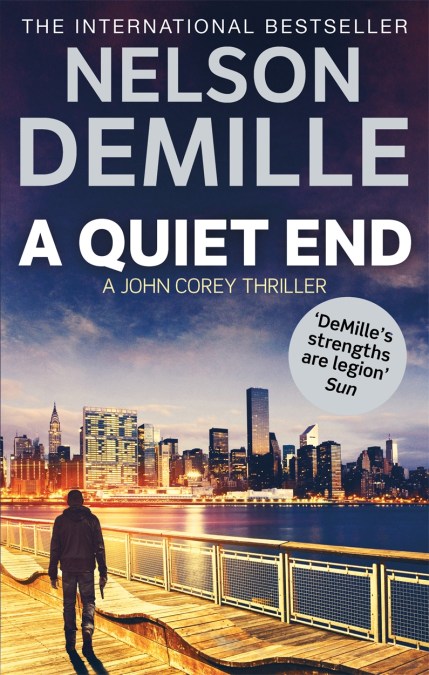 by Nelson DeMille
After a showdown with the notorious Yemeni terrorist known as The Panther, life seems to be getting quieter for maverick Federal Agent John Corey. Professionally sidelined, away from his wife, and partnered up with a young, good-looking rookie named Tess, Corey is saddled with a dead-end job running easy surveillance on a group of Russian U.N. delegates in New York City.

But then his subjects slip the net, Tess starts acting suspiciously, and an old, dangerous foe reappears. With Russia resurgent and a clear and present danger in his own back yard, suddenly Corey’s life hits the fast lane once again.

Please note: A Quiet End is published in the US under the title Radiant Angel. 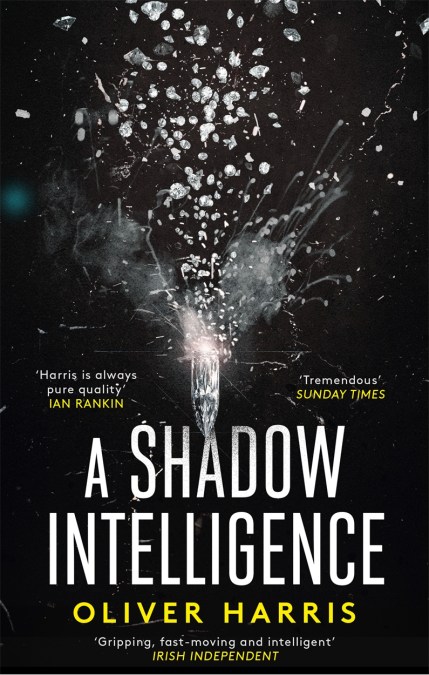 ‘Scary if true, or even half true’ Sunday Times star pick

There is a dark side to MI6 that needs men like Elliot Kane – mercurial, inquisitive, free floating. He’s spent fifteen years managing events overseas that never make the papers, deniable and deeply effective. Kane is a ghost in his own life, picking up and dropping personalities as each new cover story comes into play. But when a woman he loves, Joanna Lake, vanishes without a trace in Kazakhstan, he is forced centre stage.

Drawn ever deeper into a realm of deception, Kane moves from merely infiltrating events to steering them. He’s used to a new mode of hybrid psychological warfare – but snowbound Kazakhstan presents unique challenges. Poised between China, Russia and the West, dictatorship and democracy, state intelligence and an increasingly powerful world of private agencies, it’s impossible to work out who is manipulating who. And Kane’s not the only one trying to figure out where Joanna Lake has gone or what she learned before disappearing.

Unable to trust anyone, hunted by his own colleagues, and with the life of someone he loves at stake, Kane needs to work out who is driving events, and why… 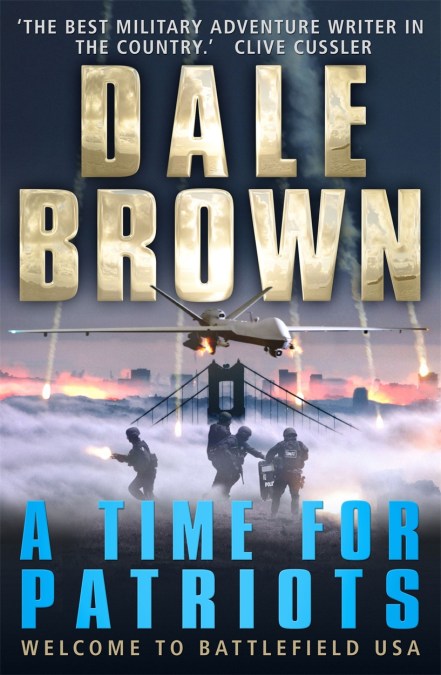 A Time for Patriots

by Dale Brown
When murderous bands of militiamen begin roaming the western United States and attacking government agencies, it will take a dedicated group of the nation’s finest and toughest civilian airmen to put an end to the homegrown insurgency. U.S. Air Force Lieutenant-General Patrick McLanahan vows to take to the skies to join the fight, but when his son, Bradley, also signs up, they find themselves caught in a deadly game against a shadowy opponent.

When the stock markets crash and the U.S. economy falls into a crippling recession, everything changes for newly elected president Kenneth Phoenix. Politically exhausted from a bruising and divisive election, Phoenix must order a series of massive tax cuts and wipe out entire cabinet-level departments to reduce government spending. With reductions in education and transportation, an incapacitated National Guard, and the loss of public safety budgets, entire communities of armed citizens band together for survival and mutual protection. Against this dismal backdrop, a SWAT team is ambushed and radioactive materials are stolen by a group calling themselves the Knights of the True Republic. Is the battle against the government about to be taken to a new and deadlier level?

In this time of crisis, a citizen organization rises to the task of protecting their fellow countrymen: the Civil Air Patrol (CAP), the U.S. Air Force auxiliary. The Nevada Wing-led by retired Air Force Lieutenant-General Patrick McLanahan, his son, Bradley, and other volunteers-uses their military skills in the sky and on the ground to hunt down violent terrorists. But how will Patrick respond when extremists launch a catastrophic dirty bomb attack in Reno, spreading radiological fallout for miles? And when Bradley is caught in a deadly double-cross that jeopardizes the CAP, Patrick will have to fight to find out where his friends’ loyalties lie: Are they with him and the CAP or with the terrorists?With A Time for Patriots, the New York Times bestselling master of the modern thriller Dale Brown brings the battle home to explore a terrifying possibility-the collapse of the American Republic. 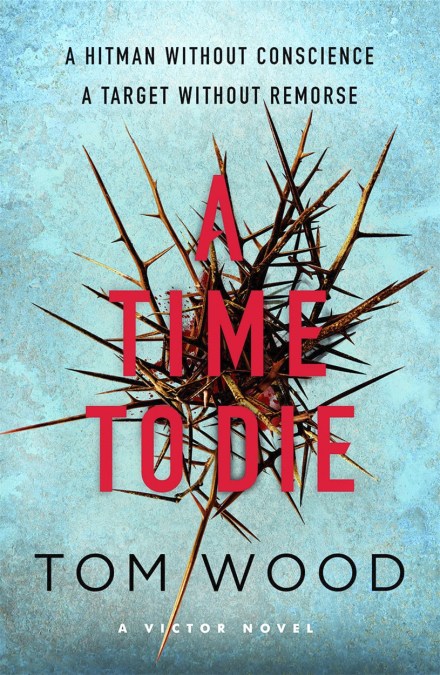 Even a killer can be a hero

If the assassin known only as Victor once had a moral compass, it is long since buried, along with his many victims. Yet some men are so evil even Victor accepts they must die for reasons other than just money.

One such is Milan Rados, a former commander in the Serbian army who has escaped trial at The Hague to become a formidable criminal power. Tracking down and killing this brutal man will win Victor a reprieve for his own recent crimes on British soil.

But Victor isn’t the only one who wants Rados dead. A woman, whose family was butchered on the tyrant’s orders, will do anything to see Rados’ blood spilled on the snow of Eastern Europe. Now Victor has an unlikely ally – but an army stands between them and justice. 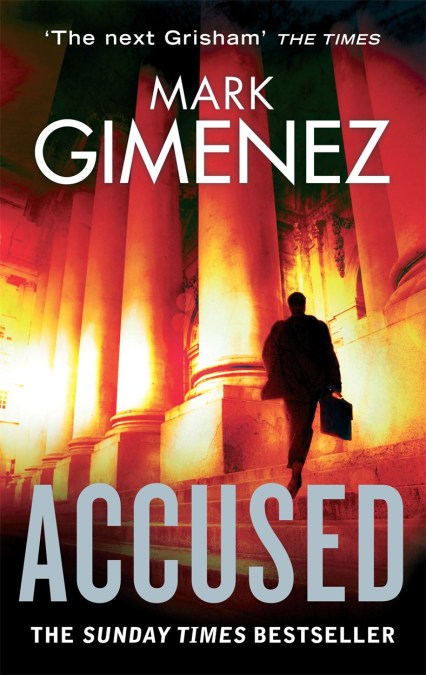 by Mark Gimenez
‘Scott, it’s Rebecca. I need you.’

After years of silence, Texan lawyer Scott Fenney receives a devastating phonecall from his ex-wife. She has been accused of murdering her boyfriend, Trey – the man she left Scott for – and is being held in a police cell. Now she is begging Scott to defend her.

Scott is used to high-stakes cases, but this one is bigger than anything he has handled before. If Rebecca is found guilty, she will be sentenced to life imprisonment. Her future is in his hands. As he prepares to take the stand in the most dramatic courtroom appearance of his life, Scott is forced to question everything he believes to get to the truth – to save the life of the ex-wife he still loves…. 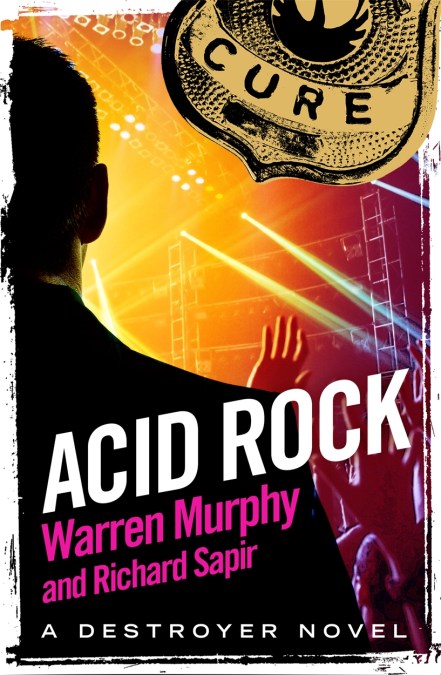 by Warren Murphy by Richard Sapir
Vickie Stoner knows some things. Things that could put a number of very wealthy, very influential men in prison if she testifies. At least one of those wealthy, influential men would prefer that she does not, and has offered one million dollars to the first assassin to silence her. Vickie just wants to pop some pills, expand her mind and bed the lead singer of Maggot and the Dead Meat Lice. Which makes her a hard girl to keep safe. There’s only one man for the job . . .

Remo Williams is The Destroyer, an ex-cop who should be dead, but instead fights for the secret government law-enforcement organisation CURE. Trained in the esoteric martial art of Sinanju by his aged mentor, Chiun, Remo is America’s last line of defence. 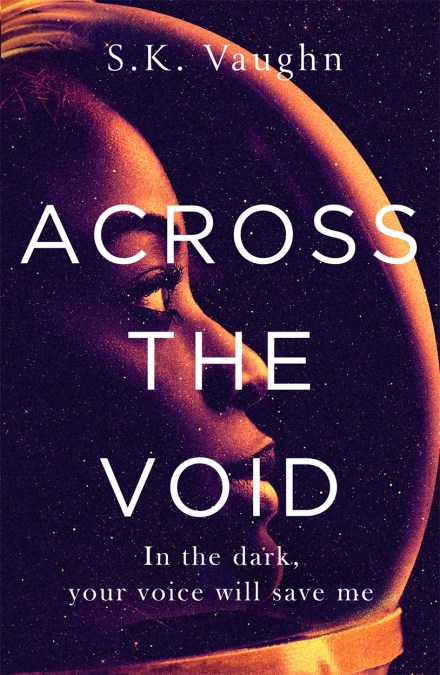 by S.K. Vaughn
‘A nailbiting story of survival’
— GUARDIAN

May Knox floats in space, the only survivor of a catastrophic accident. There is just one person who can save her – and his life is in danger, back on Earth.

Silent Night drifts across the ruins of a wrecked spaceship, listing helplessly in the black. A sole woman, May, stirs within – the last person left alive of a disastrous first manned mission to Europa, a moon of Jupiter.

There is only one person who can help her – her ex-husband Stephen, a NASA scientist who was heading up the mission back on Earth. Until, that is, she broke his heart and he left both her and the mission.

As May fights for life, Stephen finds his own life is under threat, putting both of them at risk.

In this twisty, gasp-inducing thriller, when each breath is a fight for survival, their relationship is the difference between life and death.

‘Science fiction with a generous helping of humanity – the best kind of speculative writing’
— CHRISTINA DALCHER, AUTHOR OF VOX

‘The best survival thriller since The Martian‘
— JOHN MARRS, AUTHOR OF THE ONE 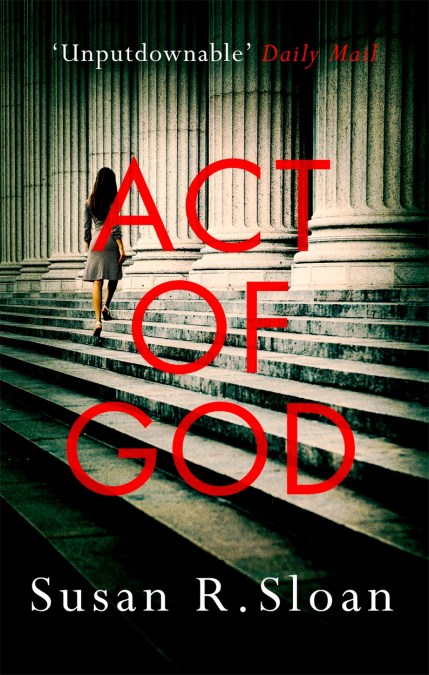 by Susan R. Sloan
A gripping and emotional thriller, perfect for fans of Jodi Picoult.

A bomb destroys a medical centre in Seattle, killing over a hundred staff and patients. While no-one claims responsibility, the authorities are sure pro-life campaigners are behind the attack. This view is swiftly reinforced when the evidence leads them to Lieutenant Corey Hamlin, whose wife aborted his child when he was away at sea.

Dana McAuliffe is asked to defend Hamlin, a task she instinctively wants to decline, but when she meets the accused man she quickly discerns that the case against him is far from water-tight, and that he is most likely innocent.

As the trial draws closer, Dana realises that both she and her client are being manipulated by political forces with scant regard for justice. With her personal and professional life on the line, as well as trying to keep an innocent man from the electric chair, Dana has to find the real perpetrator of the bombing outrage if they are to have any chance of survival. 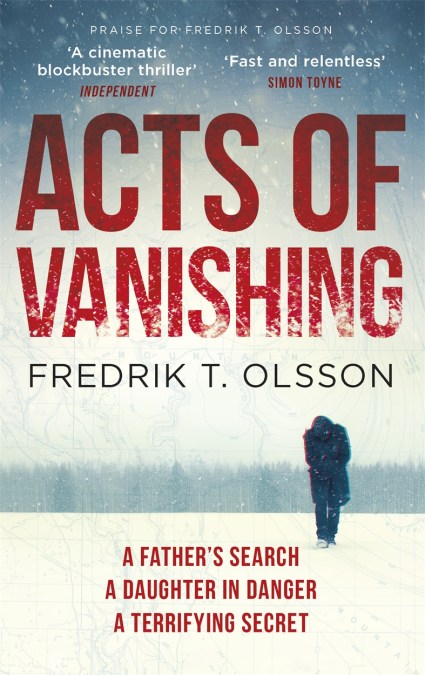 by Fredrik T. Olsson
‘Olsson has the page-turning power of Michael Crichton’
The Sun

A father’s search. A daughter in danger. A terrifying secret.

It was ten past four on the afternoon of the third of December. Everything was darkness and ink, and the snow falling turned to water.

Through it ran Sara Sandberg, the girl who was about to die, and somewhere in the cold, lead-grey hell that was Stockholm was a man who called himself her father.

In her rucksack, she had a warning for him.

Now whether he would receive it or not was all down to her.

‘Boy are you ever going to love this book’
Simon Toyne