‘Exhilarating. No other novelist is giving so full a picture of modern conflict’
SUNDAY TIMES

‘A brilliantly constructed thriller that packs a punch’
DAILY MAIL

Court Gentry is caught between the Russian mafia and the CIA in the new novel from the new king of the electrifying non-stop action thriller.

When you kick over a rock, you never know what’s going to crawl out.

Alex Velesky is about to discover that the hard way. He’s stolen records from the Swiss bank that employs him, thinking that he’ll uncover a criminal conspiracy. But he soon finds that he’s tapped into the mother lode of corruption. Before he knows it, he’s being hunted by everyone from the Russian mafia to the CIA.

Court Gentry and his erstwhile lover, Zoya Zakharova, find themselves on opposites poles when it comes to Velesky. They both want him but for different reasons.

That’s a problem for tomorrow. Today they need to keep him and themselves alive. Right now, it’s not looking good. 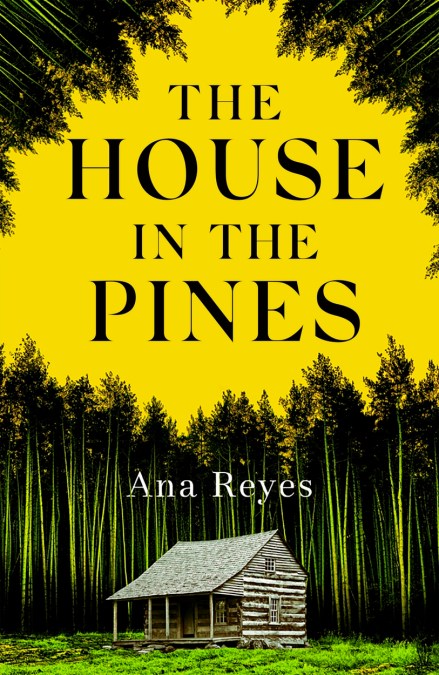 The House in the Pines

‘GRIPPING . . . CHILLED ME TO THE BONE’
Andrea Bartz, author of Reese Witherspoon Bookclub pick We Were Never Here

This is the story of a house.

The cabin lies deep in the woods, where the trees are so dense it’s easy to miss. On the outside it might look like it’s crumbling, crawling with weeds, but on the inside it’s warm and cosy. A fire crackles in the fireplace. Dinner simmers on the stove.

Maya once saw this cabin as an idyllic place, like a cottage from a fairy tale, but now she knows the danger that lurks beneath. The summer she visited the cabin was the summer her best friend Aubrey died.

Now, another woman from Maya’s hometown has died in the same strange, unexplained way, and Maya believes only she can save the next innocent girl.

Guided by her fractured memory and a mysterious, unfinished book by her late father, Maya returns home to face the house in the pines and the man who waits there – the man she’s tried so hard to forget . . .

by Carl Hiaasen
“Follow the adventures of a news-photographer-turned-private-eye as he seeks truth, justice, and an affair with his ex-wife” (The New York Times) in this hilarious caper from bestselling author Carl Hiaasen.

R.J. Decker, star tenant of the local trailer park and neophyte private eye is fishing for a killer. Thanks to a sportsman’s scam that’s anything but sportsmanlike, there’s a body floating in Coon Bog, Florida-and a lot that’s rotten in the murky waters of big-stakes, large-mouth bass tournaments.

Here Decker will team up with a half-blind, half-mad hermit with an appetite for road kill; dare to kiss his ex-wife while she’s in bed with her new husband; and face deadly TV evangelists, dangerously seductive women, and a pistol-toting redneck with a pit bull on his arm. And here his own life becomes part of the stakes. For while the “double whammy” is the lure, first prize is for the most ingenious murder.

by Carl Hiaasen
From the New York Times bestselling author comes a novel in which dedicated, if somewhat demented, environmentalists battle sleazy real estate developers in the Florida Keys.

When the precious clue-tongued mango voles at the Amazing Kingdom of Thrills on North Key Largo are stolen by heartless, ruthless thugs, Joe Winder wants to uncover why, and find the voles. Joe is lately a PR man for the Amazing Kingdom theme park, but now that the voles are gone, Winder is dragged along in their wake through a series of weird and lethal events that begin with the sleazy real-estate agent/villain Francis X. Kingsbury and can end only one way….

by Carl Hiaasen
A hilarious and scathing novel from the author of Squeeze Me about a crazed and determined man who has devoted his strange existence to saving southern Florida from con artists and carpetbaggers after a hurricane hits.

When a ferocious hurricane rips through southern Florida, insurance fraudsters, amateur occultists, and ex-cons waste no time in swarming over the disaster area. And caught in the middle are Max and Bonnie Lamb, honeymooners who abandon their Disney World plans to witness the terrible devastation. But when Max vanishes, Bonnie, aided by a mysterious young man with a tranquilizer gun and a roomful of human skulls, has to follow her only clue: a runaway monkey.

When Palmer Stoat notices the black pickup truck following him on the highway, he fears his precious Range Rover is about to be carjacked. But Twilly Spree, the man tailing Stoat, has vengeance, not sport-utility vehicles, on his mind. Idealistic, independently wealthy and pathologically short-tempered, Twilly has dedicated himself to saving Florida’s wilderness from runaway destruction. He favors unambiguous political statements-such as torching Jet-Skis or blowing up banks-that leave his human targets shaken but re-educated.

After watching Stoat blithely dump a trail of fast-food litter out the window, Twilly decides to teach him a lesson. Thus, Stoat’s prized Range Rover becomes home to a horde of hungry dung beetles. Which could have been the end to it had Twilly not discovered that Stoat is one of Florida’s cockiest and most powerful political fixers, whose latest project is the “malling” of a pristine Gulf Coast island. Now the real Hiaasen-variety fun begins…

Dognapping eco-terrorists, bogus big-time hunters, a Republicans-only hooker, an infamous ex-governor who’s gone back to nature, thousands of singing toads and a Labrador retriever greater than the sum of his Labrador parts-these are only some of the denizens of Carl Hiaasen’s outrageously funny novel.

Only in America could an innocent, if drunken, guest of honor at a strip joint bachelor party become a mortal threat against Big Money and Big Government. Only in south Florida, land of roadside honky-tonks and sinister pleasure boats – not to mention blackmail and murder – would a virtuous topless dancer join forces with a cool but clueless cop.

And only in the fiction of Carl Hiaasen do readers experience riveting suspense and razor-sharp characters along with the most wicked humor imaginable.

by Maria Dong
A young woman’s carefully constructed fantasy world implodes in this brilliantly conceived novel that blurs distinctions between right and wrong, comedy and tragedy, imagination and reality: “Surreal . . . leaves you with the creeping certainty that there is a different world lurking just under the surface of our own, filled with technicolor lies” (Alix E. Harrow, New York Times bestselling and Hugo-award winning author). Katrina Kim may be broke, the black sheep of her family, and slightly unhinged, but she isn’t a stalker. Her obsession with her co-worker, Kurt, is just one of many coping mechanisms—like her constant shape and number rituals, or the way scenes from her favorite children’s book bleed into her vision whenever she feels anxious or stressed. But when Katrina finds a cryptic message from Kurt that implies he’s aware of her surveillance, her tenuous hold on a normal life crumbles. Driven by compulsion, she enacts the most powerful ritual she has to reclaim control—a midnight visit to the Cayatoga Bridge—and arrives just in time to witness Kurt’s suicide. Before he jumps, he slams her with a devastating accusation: his death is all her fault. Horrified, Katrina combs through the clues she’s collected about Kurt over the last three years, but each revelation uncovers a menacing truth: for every moment she was watching him, he was watching her. And the past she thought she’d left behind? It’s been following her more closely than she ever could have imagined. A gripping page-turner, as well as a sensitive exploration of mental health, Liar, Dreamer, Thief is an intimate portrayal of life in all its complexities—and the dangers inherent in unveiling people’s most closely guarded secrets. 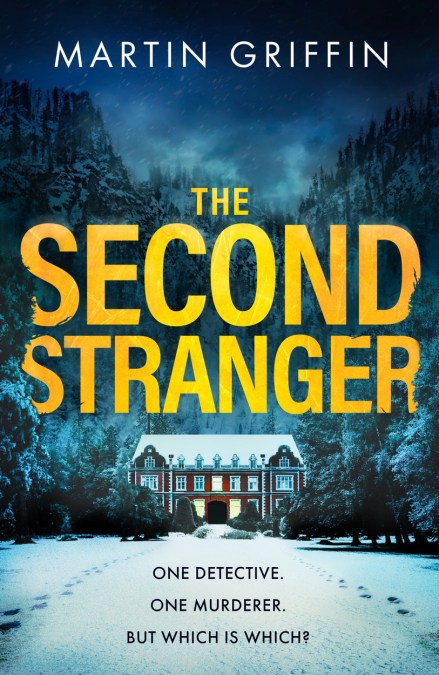 ONE DETECTIVE. ONE MURDERER. BUT WHICH IS WHICH?

‘The book everyone’s going to be talking about’ KAREN DIONNE

Remie Yorke has one shift left at the Mackinnon Hotel in the remote Scottish Highlands before she leaves for good. Then Storm Ezra hits.

As temperatures plummet and phone lines go down, an injured man stumbles inside. PC Don Gaines was in a terrible accident on the mountain road. The only other survivor: the prisoner his team was transporting.

When a second stranger arrives, Remie reluctantly lets him in from the blizzard. He, too, is hurt. He claims to be a police officer. His name is also Don Gaines.

What real readers are saying about The Second Stranger

‘A swiftly moving and menacing plot. The remote, atmospheric and unsettling backdrop make this eerie, chilling and unpredictable suspense’ ⭐ ⭐ ⭐ ⭐ &#11088 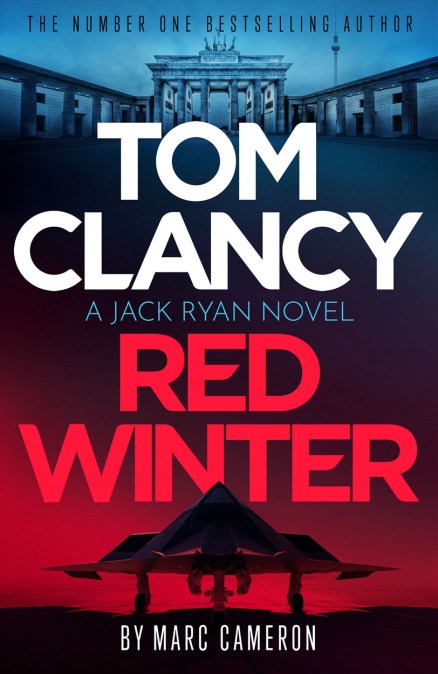 A top secret F117 aircraft crashes into the Nevada desert. The Nighthawk is the most advanced fighting machine in the world and the Soviets will do anything to get their hands on its secrets.

In East Berlin, a mysterious figure contacts the CIA with an incredible offer-invaluable details of his government’s espionage plans in return for asylum.

It’s an offer they can’t pass up…if it’s genuine, but the risks are too great to blindly stumble into a deal. With the East German secret police closing in, someone will have to go to behind the Berlin Wall to investigate the potential defector. It’s a job Deputy Director James Greer can only trust to one man–Jack Ryan.

Ryan is a former Marine and a brilliant CIA analyst who’s been the architect of some of the CIA’s biggest coups but this time he’s in enemy territory with a professional assassin on his tail. Can he get the right answers before the Cold War turns into a Red Winter?
Next Page