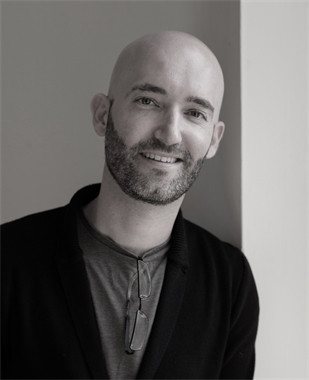 The Killer You Know.

Tell us about The Killer You Know?

It’s about a group of childhood friends from a claustrophobic village in the middle of nowhere returning home for a reunion as adults—only the strange member that once joked about being a serial killer when he grew up doesn’t arrive. When the group go online and look up the supposed murders he said he’d commit, they find two deaths from the last year that eerily match. So did he do it? Or is it a coincidence? And if he did do it, could his next victim be someone in the group?

It’s a book about nostalgia, the good and the bad. The main character, Adeline, hosts a successful film podcast that specialises in taking a critical look at much-loved movie classics that may not have aged so well. Yet even she, who spends so much time with her rose-tinted glasses off, can’t resist the romantic allure of a reunion with the friends she recalls loving. But are some friendships better off left in the past (a real challenge in the digital age)?

What can readers expect to feel when they read it?

I think readers can expect to feel a strong sense of place, with the village of Blythe being one of the main characters. Also the book is part coming-of-age story, part murder mystery, and part psychological thriller, and as such I hope readers will feel heartbreak, intrigue, suspense and fear—maybe even sometimes all at once.

What inspired you to write The Killer You Know?

So many things: the great friends I had growing up, the dark remarks people make that you’re not entirely sure are jokes, conflicted feelings about an adolescence spent in a remote village, Grosse Pointe Blank.

A really big inspiration was finding solace listening to nostalgic film podcasts after a closely timed set of bereavements took a bit of a toll. I needed to reboot, and suddenly finding all these people talking with great passion about all the old and often obscure movies that I thought were only a big part of my childhood was really wonderful. However, as I was diving into my own past for comfort, nostalgia was just starting to be weaponised by some quite dark social and political forces. And it was that clash that made me want to explore what’s really going on when we’re tempted to look backwards for answers.

What’s it like being a writer in the crime community?

The crime community is great, and I’ve found writers in the crime and thriller world to be so supportive. The atmosphere at festivals like Harrogate is amazing, and it’s probably bordering on a bit of cliché, but it is so funny that people who are interested in and write about such awful things are all so lovely and down-to-earth.

Tell us a secret that no one else knows…

Tough one. Oh, I know. I’ve written short stories for years, but one of them I actually published under a secret pseudonym as a bit of an experiment. It’s just out there in an actual book somewhere, waiting to be found, making its own way in the world.

The Killer You Know is out now in paperback, ebook and audio.
Order your copy by clicking here 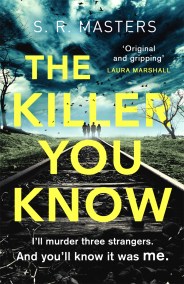 The Killer You Know

I'll murder three strangers. And you'll know it was me . . .

Summer 1997. When Will jokes about becoming a serial killer, his friends just laugh it off. But Adeline can't help but feel there's something darker lurking behind his words.

Winter 2015: Years later, Adeline returns to Blythe for a reunion of the old gang - except Will doesn't show up. Reminiscing about old times, they look up the details of his supposed murder spree. But the mood soon changes when they discover two recent deaths that match.

As the group attempts to track Will down, they realise that he is playing a sinister game that harks back to one they used to play as kids.

Only this time there are lives at stake . . .


Readers are absolutely loving The Killer You Know:

'A compelling, unpredictable thriller that conveys the changing nature of long-lasting friendships beautifully. How well do we know even our closest of friends? Highly recommended' ELISABETH CARPENTER

'I read and loved and HEARTILY recommend for any fans of Stand By Me . . . A thrilling, nostalgic twisty read' CLAIRE ALLAN

'The Killer You Know has a fantastic killer concept... and is gripping and creepy to boot - loved it' SAM CARRINGTON

'A twisty, clever exploration of claustrophobic childhood friendships and the darkness they can lead to' DERVLA MCTIERNAN

'An exciting and original premise with a plot that doesn't let up. I loved it!" VICTORIA SELMAN

THE KILLER YOU KNOW is one of my favourite reads of the year. I LOVED it. Pacey, nostalgic, excellent very well-developed characters, and a clever plot' NIKI MACKAY

'A gripping, compelling read with a brilliant premise and a wonderfully twisting storyline. An incredible debut' TM LOGAN

'A thrilling read and an exceptional debut novel' RACHEL EDWARDS

'Compelling, creepy, and brilliantly executed, The Killer You Know is an original new voice in the thriller world' PHOEBE MORGAN

'Brilliantly atmospheric tale of toxic friendship, with a killer hook - what if one of your gang turned out to be a serial killer? Loved it' LIZ BARNSLEY