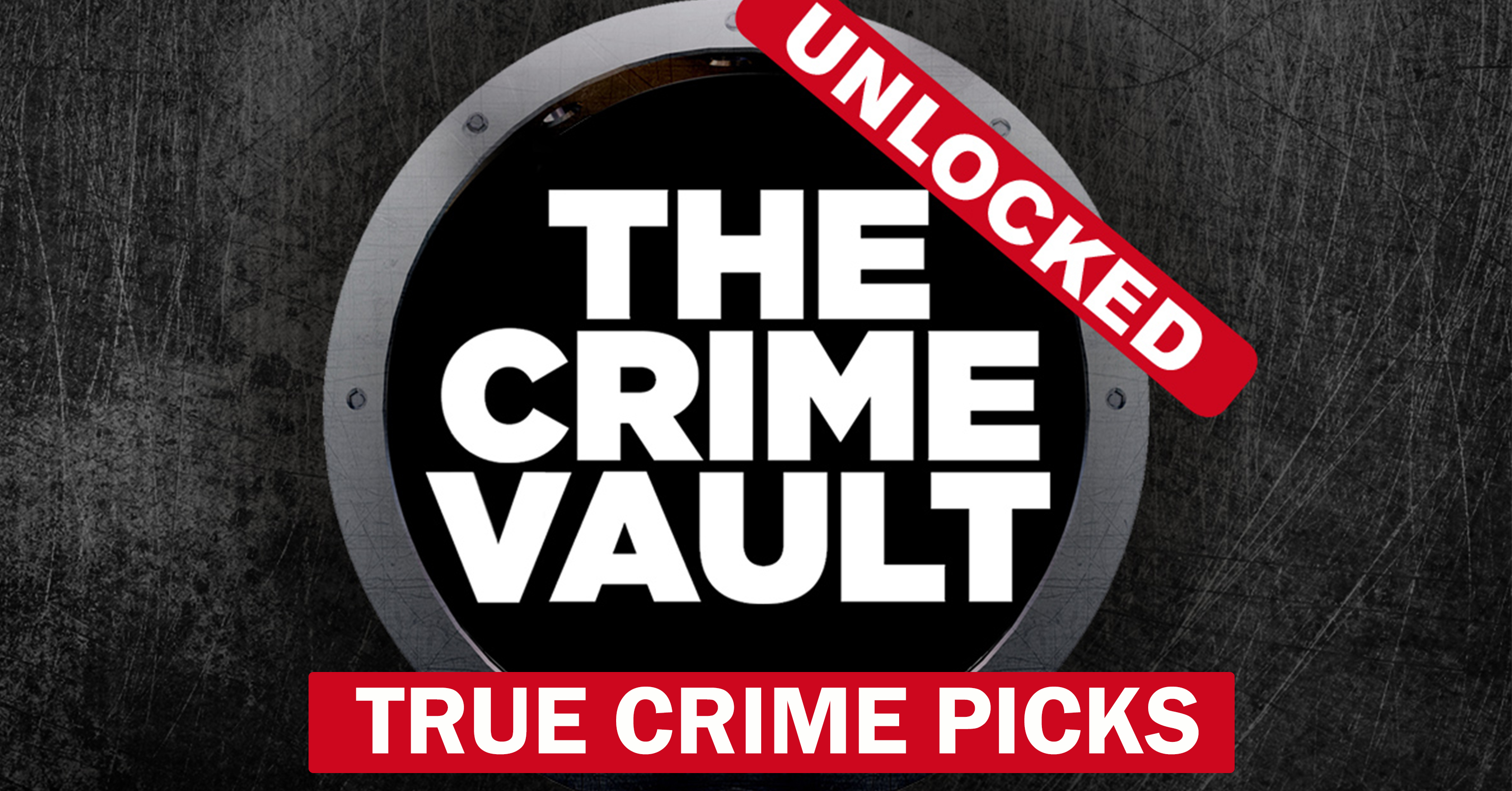 Before David Wilson became the UK’s pre-eminent criminologist, he was just a young boy growing up in the Scottish town of Carluke. As a child, the brutal murder of a young woman rocked this small community, but very quickly a man was arrested for the crime, convicted and put behind bars. For most, life slowly carried on – case closed.

But the whispers in the town were that the wrong man was behind bars: whispers that grew and grew over the years to the point that any time David visited friends and acquaintances would ask, in hushed tones, ‘What are you going to do about The Carluke Case?’

Carluke believed that a young man had been wrongly convicted.

Signs of Murder is out now in hardback, ebook and audiobook.

Red River Girl: A Journey into the Dark Heart of Canada

A gripping account of the unsolved death of an Indigenous teenager, the detective determined to find her killer and a country’s hidden secrets.

On 17 August 2014, the body of fifteen-year old Indigenous runaway Tina Fontaine was found weighted down in the Red River in the Canadian city of Winnipeg. The loss of Tina was a tragedy for her family and for the Indigenous community. But it also exposed a national scandal: Indigenous women are vastly more likely than other Canadians to be assaulted and killed. Over the past few decades, hundreds had been murdered – or simply gone missing. Many of these cases have never been solved.

Tina’s Fontaine’s death caused an outcry across Canada. The police investigation and trial that followed sparked a widespread debate on the treatment of Indigenous women, while the movement protesting those missing and murdered became an international news story.

In an astonishing feat of investigation, award-winning BBC reporter and documentary maker Joanna Jolly has reconstructed Tina’s life, from her childhood on the Sagkeeng First Nation Reserve to her difficult teenage years. Red River Girl is the compelling story of the elaborate police investigation into Fontaine’s death and the detective obsessed with bringing her killer to justice – and an exploration of the dark side of a country known for its tolerance and liberal values. It reveals how Indigenous women, sex workers, community leaders and activists are fighting back to protect themselves and change perceptions. Most importantly, Red River Girl is an unforgettable description of the search for justice.

Red River Girl is out now in hardback, ebook and audiobook.

A psychopathic criminal on the run from prison. A family of five held hostage in their home. A frantic police manhunt across the snowbound Derbyshire moors. Just one survivor.

For three days, escaped prisoner Billy Hughes played macabre psychological games with Gill Moran and her family, keeping them in separate rooms of their home while secretly murdering them one by one. On several occasions Hughes ordered Gill and her husband Richard to leave the house for provisions, confident that they would return without betraying him in order to protect their loved ones.

Blizzards hampered the desperate police search, but they learned where the dangerous convict was hiding and closed in on the cottage. A high-speed car chase on icy roads ended with a crash and the killer being shot as he swung a newly sharpened axe at his final victim. This was Britain’s first instance of police officers committing ‘justifiable homicide’ against an escapee.

The story of these terrible events is told here by Carol Ann Lee and Peter Howse, the former chief inspector who saved Gill Moran’s life over forty years ago.

Peter’s professional role has permitted access to witness statements, crime scene photographs and police reports. Peter Howse and Carol Ann Lee have made use of these, along with fresh interviews with many of those directly involved, to tell a fast-paced and truly shocking story with great insight and empathy.

The Pottery Cottage Murders is out now in hardback, ebook and audiobook.

From Aconite to the Zodiac Killer: A Dictionary of Crime

This is an indispensable guide for fans of true crime and crime fiction, whether in books, film or on TV, who want to look behind the crime, to understand the mechanics of an investigation, to walk in their favourite detectives’ shoes and, most importantly, to solve the clues.

To do that, one needs to be fluent in the language of the world of crime. We need to know what that world-weary DI is talking about when she refers to another MISPER. We have to immediately grasp the significance of the presence of paraquat, and precisely why it is still a poison of choice.

If you want to know how many murders it takes for a killer to be defined as a serial killer, what Philip Marlowe means when he talks about being ‘on a confidential lay’ and why the ‘fruit of a poisonous tree’ is a legal term rather than something you should avoid on a country walk, this is the reference book you’ve been waiting for.

It covers police and procedural terms and jargon of many different countries; acronyms; murder methods; criminal definitions, including different types of killers; infamous killers and famous detectives; notorious cases often referred to in crime fiction and true crime; gangster slang, including that of the Eastern European mafia; definitions of illegal drugs; weapons; forensic terminology; types of poisons; words and phrases used in major crime genres, including detective fiction, legal thrillers, courtroom dramas, hardboiled crime, Scandi and Tartan Noir, cosy crime and psychological thrillers; criminology terms; and the language of the courts and the legal systems of British, American, French, Nordic and other countries.

From Aconite to the Zodiac Killer is an essential, go-to resource for readers and even for writers of crime fiction. More than simply a glossary, this is a guide that provides a doorway into a supergenre, and one that is not just for readers, but also for the many fans of film and TV dramas, of podcasts, and crime blogs. It is also an indispensable resource for writers or would-be writers of crime fiction.

The Dictionary of Crime is out now in paperback and ebook.

The Stranger Beside Me

Ann Rule was a writer working on the biggest story of her life, tracking down a brutal mass-murderer. Little did she know that the young man who was her close friend was the savage slayer she was hunting…

Ted Bundy was everyone’s picture of a natural ‘winner’ – handsome, charming, brilliant in law school, successful with women, on the verge of a dazzling career.

Fast-forward to 24 January 1989, Ted Bundy is executed. He had confessed to taking the lives of at least thirty-five young women, coast to coast.

This is his story: the story of his magnetic power, his unholy compulsion, his demonic double life and his string of helpless victims. It was written by a woman who thought she knew Ted Bundy, until she began to put all the evidence together and the whole terrifying picture emerged…

The Stranger Beside Me is out now in paperback.

In the early hours of 7th August 1985, five members of the Bamber family were shot dead with a .22-calibre Anschutz rifle.

Sheila Caffell, who was known to have struggled with mental illness, was at first thought to have murdered her twin sons and adoptive parents and then to have turned the gun on herself. Forensic evidence, however, told a different story and raised such questions as how Sheila could have received two shots in an act of suicide. A year later it was Jeremy Bamber, the only survivor, who was convicted of the callous murders of his entire family. He is currently serving a life sentence, but continues to protest his innocence.

In this the first full account of the case, Roger Wilkes bases his story around specially commissioned forensic research, personal interviews with Jeremy Bamber and previously undisclosed accounts and witness statements. Extraordinary and shocking, it is a story that would defy the imagination of fiction writers.

Blood Relations is out now in paperback, ebook and audiobook. 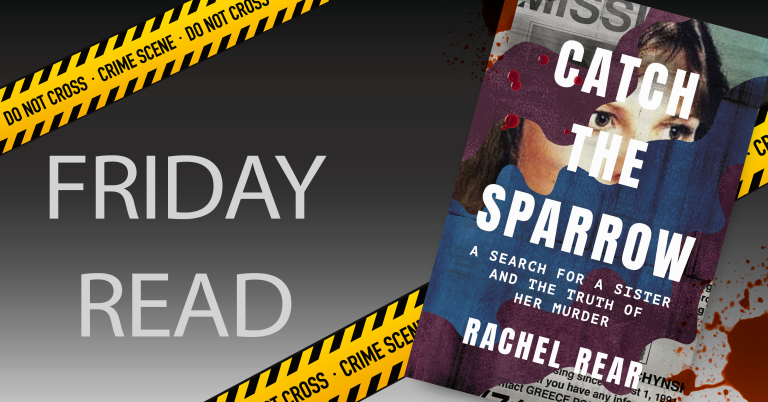