Ovidia Yu's Singaporean sleuth is as clever and resourceful as ever (...) The Betel Nut Tree Mystery (...) satisfyingly fuses cosy crime drama with incisive cultural history.
South China Morning Post
A new book by Ovidia Yu is always a treat; a new series is an occasion for rejoicing. I loved it and will be following this series eagerly for more of both Su Lin and the world she lives in.
SJ Rozan, Edgar-winning author of <i>Ghost Hero</i>
The Frangipani Tree Mystery transports readers to 1930's Singapore, with compelling suspects, a page-turning plot, and an engaging, witty sleuth. Immersive and intriguing from the opening page to the satisfying end.
Susan Spann, author of the <i>Hiro Hattori Mysteries</i>
Charming and fascinating with great authentic feel. Ovidia Yu's teenage Chinese sleuth gives us an insight into a very different culture and time. This book is exactly why I love historical novels. I learn while I am being entertained.
Rhys Bowen
The setting of The Frangipani Tree Mystery is simply glorious. Every nook and cranny of 1930s Singapore is brought richly to life, without ever getting in the way of a classic puzzle plot. But what's a setting without a jewel? Chen Su Lin is a true gem. Her slyly witty voice and her admirable, sometimes heartbreaking, practicality make her the most beguiling narrator heroine I've met in a long while.
Catriona McPherson 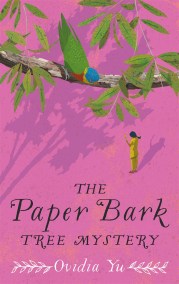 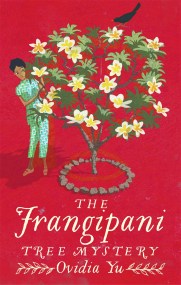