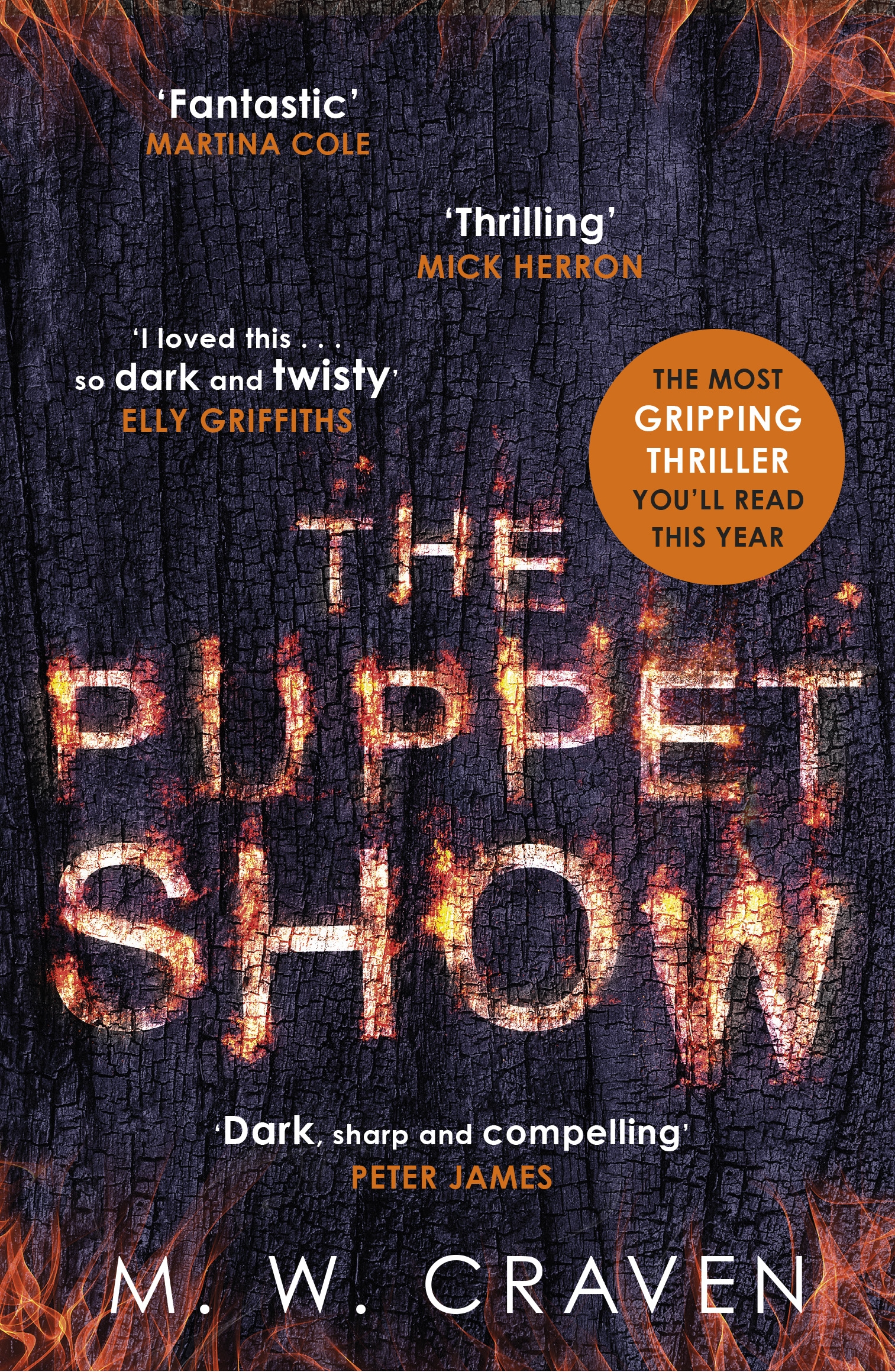 The stone circle is an ancient, tranquil place. Its stones are silent sentinels. Unmoving watchers. Their granite glistens with the morning dew. They have withstood a thousand and more winters, and although they are weathered and worn, they have never yielded to time, the seasons, or man.

Alone in the circle, surrounded by soft shadows, stands an old man. His face is heavily lined, and lank grey hair frames his bald and mottled scalp. He is cadaverously thin, and his gaunt frame is racked by tremors. His head is bowed and his shoulders are stooped.

He is naked and he is about to die.

Strong wire secures him to an iron girder. It bites into his skin. He doesn’t care: his tormentor has already tortured him.

He is in shock and thinks he has no more capacity for pain.
He is wrong.

‘Look at me.’ His tormentor’s voice is flat. The old man has been smeared with a jelly-like substance that reeks of petrol. He raises his head and looks to the hooded figure in front of him.

His tormentor holds an American Zippo lighter.
And now the fear kicks in. The primal fear of fire. He knows what’s going to happen and he knows he can’t stop it. His breathing becomes shallow and erratic.

The Zippo is raised to his eyes. The old man sees the simple beauty of it. The perfect lines, the exact engineering. A design that hasn’t changed in a century. With a flick, the top flips open. A turn of the thumb and the wheel strikes the flint. A shower of sparks and the flame appears.

His tormentor lowers the Zippo, drags the flame down. The accelerant catches. The hungry flames flare, then crawl down his arm.

The pain is immediate, like his blood has turned to acid. His eyes widen in horror and every muscle goes rigid. His hands clench into a fist. He tries to scream but it dies when it reaches the obstacle in his throat. Becomes pitiful and muted as he gargles his own blood.

His flesh spits and sizzles like meat in a hot oven. Blood, fat and water roll down his arms and drip from his fingers.

Black fills his vision. The pain fades. His breathing is no longer rushed and urgent.

The old man dies. He doesn’t know that his own fat will fuel the fire long after the accelerant has burnt away. He doesn’t see how the flames burn and distort what has been carved into his chest.

But it happens anyway.

Tilly Bradshaw had a problem. She didn’t like problems. Her low tolerance for uncertainty meant they made her anxious. She looked around to see if there was anyone to share her

findings with, but the Serious Crime Analysis Section office was empty. She checked her watch and saw it was coming up to midnight. She’d worked for sixteen hours straight again. She thumbed her mother a text, apologising for not calling her.

She turned back to her screen. Although she knew it wasn’t a glitch, with results like these there would be an expectation that she had triple checked. She ran her program again.

After making herself a fruit tea, she glanced at the progress bar to see how long she had to wait. Fifteen minutes. Bradshaw opened her personal laptop, plugged in her headphones and typed, ‘Back at keyboard’. Within seconds she was fully immersed in Dragonlore, a multiplayer, online role-playing game. In the background her program processed the data she’d entered. Bradshaw didn’t check the SCAS computer once. She didn’t make mistakes.

Fifteen minutes later, the National Crime Agency logo dissolved, and the same results appeared. She typed, ‘Away from Keyboard’, and logged out of her game. There were two possibilities. Either the results were accurate, or a mathematically implausible coincidence had occurred. When she’d first seen the results, she’d calculated the odds of it happening by chance, and had come up with a number in the high millions. In case she was asked, she entered the maths problem into a program of her own design and ran it. The result popped up and showed it was within the margin of error she’d allowed. She didn’t smile when she realised that she’d worked it out faster than her own computer, using a program she’d written.

Bradshaw wasn’t sure what to do next. Her boss, Detective Inspector Stephanie Flynn, was usually nice to her, but it had only been the week before when they’d had their little chat about when it was appropriate to call her at home. She was only allowed to ring when it was important.
But . . . as it was DI Flynn who decided if something was important, how was she supposed to know without asking her? It was all very confusing. Bradshaw wished it were a maths problem. She understood maths. She didn’t understand Detective Inspector Flynn. She bit her lip, then came to a decision.

She reviewed her findings and practised what to say. Her discovery related to SCAS’s latest target – a man the press were calling the ‘Immolation Man’. Whoever he was – and they’d made an early assumption he was male – he didn’t seem to like men in their sixties and seventies. In fact, he disliked them so much, he was setting them on fire.

It was the third and latest victim’s data that Bradshaw had been studying. SCAS had been brought in after the second. As well as identifying the emergence of serial killers and serial rapists, their role was also to provide analytical support to any police force undertaking complex or apparently motiveless murder investigations. The Immolation Man certainly ticked all the SCAS boxes. Because the fire had destroyed the bodies to the point they didn’t even look like bodies, a post-mortem wasn’t the only approach the SIO, the senior investigating officer, up in Cumbria had taken. He’d sought advice from SCAS. After the postmortem, SCAS had arranged for the body to go through a multi-slice computed tomography machine. The MSCT was a sophisticated medical investigative technique. It used X-ray beams and a liquid dye to form a 3D image of the body. It was meant for the living but was just as effective on the dead.

SCAS didn’t have the resources to have their own MSCT – no law enforcement agency did – but they had an agreement to purchase time on one when the situation merited it. As the Immolation Man left no trace evidence at the murder scenes or abduction sites, the SIO had been willing to try anything. Bradshaw took a deep breath and dialled DI Flynn.

The phone answered on the fifth ring. A groggy voice answered.
‘Hello?’
She checked her watch to confirm it was after midnight, before saying, ‘Good morning, Detective Inspector Flynn. How are you?’

As well as talking to her about when it was appropriate to ring her after hours, DI Flynn had also urged her to be politer to her colleagues.

‘Tilly,’ Flynn grumbled, ‘what do you want?’

‘I want to talk to you about the case, Detective Inspector Flynn.’

Flynn sighed. ‘Can you just call me Stephanie, Tilly? Or Steph? Or boss? In fact, we’re not that far away from London, I’ll even accept guv.’

Bradshaw waited for Flynn to finish before saying, ‘May I please tell you what I’ve found?’

Flynn groaned. ‘What time is it?’

‘The time is thirteen minutes past midnight.’

‘Go on then. What’s so important it couldn’t wait until the

morning?’ Flynn listened to her before asking a few questions and hanging up. Bradshaw sat back in her chair and smiled. She’d been right to

call her. DI Flynn had said so.

Flynn was there within half an hour. Her blonde hair was tangled. She wore no makeup. Bradshaw wore no makeup either, although that was by choice. She thought it was silly. Bradshaw pressed some keys and brought up a series of cross sections.

‘They’re all of the torso,’ she said. She then went on to explain what the MSCT did. ‘It can identify wounds and fractures that the post-mortem might miss. It is particularly useful when the victim has been badly burned.’ Flynn knew all this but let her finish anyway. Bradshaw gave up

information in her own time and wouldn’t be rushed.

‘The cross sections don’t really give us that much, DI Stephanie Flynn, but watch this.’ Bradshaw brought up a composite image, this time from above.

‘Wounds,’ Bradshaw replied. ‘Lots of them.’

‘So the post-mortem missed a load of random slashes?’

Bradshaw shook her head. ‘That is what I thought.’ She pressed a button and they studied the 3D image of the wounds on the victim’s chest. The program sorted through the seemingly random slashes. Eventually they all came together.

They stared at the final image. There was nothing random about it.

‘What do we do now, Detective Inspector Flynn?’

Flynn paused before answering. ‘Have you called your mum to explain why you aren’t home yet?’

‘Well, send her another one. Tell her you won’t be back tonight.’

Bradshaw began tapping the screen of her mobile. ‘What reason shall I give?’

‘Tell her we’re getting the director out of bed.’ 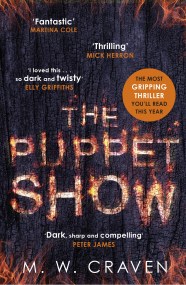 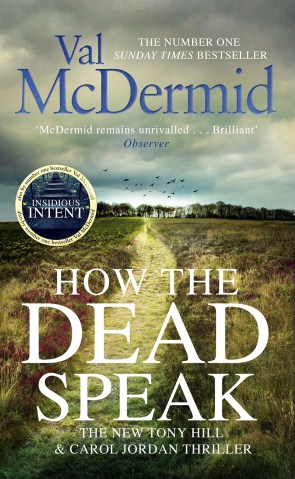 How the Dead Speak exclusive extract 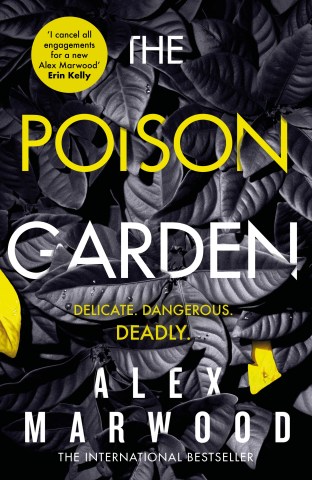 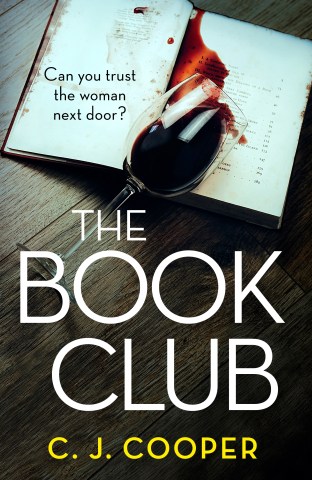 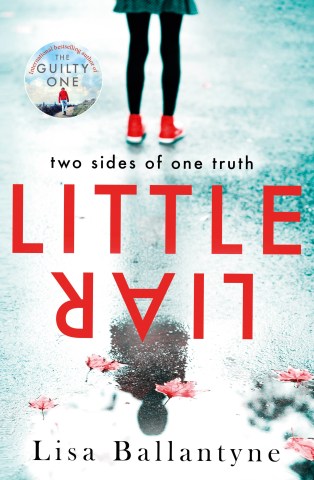 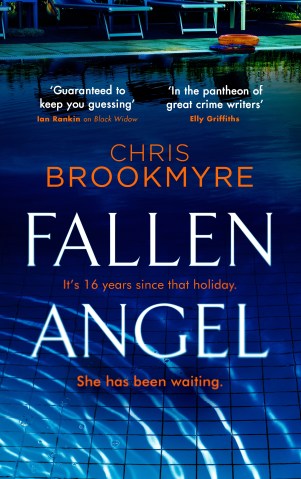 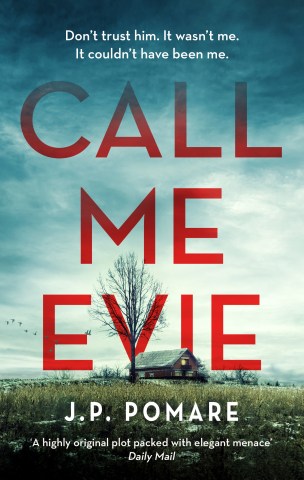