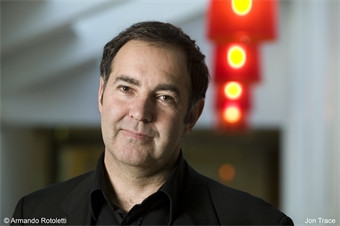 Would slay mercilessly any Grinch I caught trying to steal it.

I start getting hopelessly excited about it long before the clocks are altered, before the spectres of darkness crowd the windows around four in the

As a child, Christmas was the one vital bridge of hope that spanned the eventless, boring blackness that opened up after the last banger of Bonfire night had been thrown and the first crème eggs of Easter had hatched on the shelves of the corner shop where we’d steal our sweets. My friend Baz would get on my shoulders and hold up the brass bar that would ding the bell when the shop door opened, alerting Mrs Warburton to come running from behind the curtain that cut off the shop from her private rooms.

As a kid who grew up in children’s homes and foster care, Christmas was the best time of the year. At birthdays you were lucky if you got more than one or two presents and most of them were impersonal and meaningless. If you were gifted anything really valuable, like a battery car or an Action Man, then older kids took them off you and would add a good kicking if you put up any resistance.

But Christmas was different.

You had ample time to hide things away and enjoy them before the bullies got bored with their own haul and wanted to investigate yours. Kindly strangers donated them, left them on doorsteps, dumped them in sacks, each magical offering wrapped in fancy paper. We’d keep the paper as long as we could, making paper boats and seeing if they floated in the flooded gutters in the backstreets.

Best of all though was being sick at Crimbo. I spent one Christmas in what was then Booth Hall Hospital in Manchester. I had been rushed in with a grumbling appendicitis, was bedbound and couldn’t move. Come Christmas Eve, after the medicine trolley had done its rounds and the lights had been turned out I watched nurses quietly slide presents onto nightstands by every bed. When I woke in the morning, I found (like all the boys) I had been given a Scalextric set with mini cooper cars.

I had to pinch myself.

A visiting priest set it up for me and, for a couple of heavenly hours, immensely tolerant nurses and relatives visiting other kids retrieved the spun off cars.

Just when it was being packed away, a giant Christmas cake was brought onto the ward. It was a huge oblong of jam sponge, slathered in white icing, topped in a green marzipan football pitch and decorated with blue and red Manchester City and United Players. In the wake of the cake-carrying matron came several City and United players who had given up precious time to tour the children’s wards and cut the cake.

The happiness of that festive season left a sweet, lingering memory with me. It seeped deep into my sub-consciousness, stayed there and subliminally shaped one of the biggest writing decisions of my life. What was it? Well, to answer that question you just have to work out what can be made from the anagram: CHRISTMAS ER

Sam Christer is the pseudonym of internationally bestselling author Michael Morley. Find out more about his breathtaking conspiracy thrillers, including The Camelot Code, here.

The Crime Vault Unlocked: Win a proof copy of The Survivors by Jane Harper