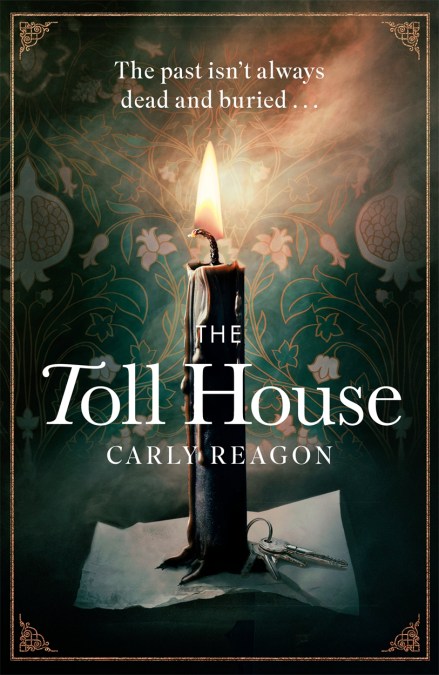 by Carly Reagon
THE SPINETINGLING GHOST STORY THAT EVERYONE IS RAVING ABOUT:

‘If you like a good ghost story put this chilling thriller to the very top of your reading list’ SARAH PEARSE, international bestselling author of THE SANATORIUM

‘Will keep you up long after the witching hour’ REBECCA NETLEY, author of THE WHISTLING

‘I hoovered this up in one go.’ NATASHA PULLEY, international bestselling author of THE WATCHMAKER OF FILIGREE STREET

‘A book that feels like it’s watching you . . . unsettling and gripping’ CARI THOMAS, Sunday Times bestselling author of THREADNEEDLE

‘An edge-of-the-seat, nail-biting read. I loved it.’ KATE HAMER, bestselling author of THE GIRL IN THE RED COAT

The past isn’t always dead and buried.

A house with history. That’s how the estate agent described the old toll house on the edge of the town. For Kelda it’s the perfect rural home for her young son Dylan after a difficult few years.

But when Kelda finds a death mask concealed behind one of the walls, everything changes. Inexplicable things happen in the house, Kelda cannot shake the feeling of being watched and Dylan is plagued by nightmares, convinced he can see figures in his room. As Dylan’s behaviour becomes increasingly challenging, Kelda seeks answers in the house’s mysterious past. But she’s running out of time.

Because something has awoken. 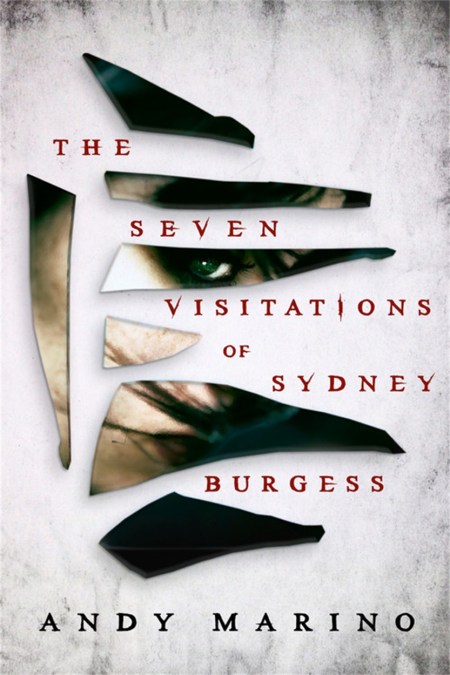 The Seven Visitations of Sydney Burgess

by Andy Marino
“Marino offers horrors both existential and visceral. From a stunning opening, the sense of dread just builds and builds.” -M. R. Carey, author of The Girl with All the Gifts

“Odd and dark and fascinating . . . Not quite like anything I’ve ever read before. A strange, compelling, late-night page-turner. It kept me reading way past my bedtime.” -T. Kingfisher, author of The Hollow Places

Possession is an addiction.

Sydney’s spent years burying her past and building a better life for herself and her young son. A respectable marketing job, a house with reclaimed and sustainable furniture, and a boyfriend who loves her son and accepts her, flaws and all.
But when she opens her front door, and a masked intruder knocks her briefly unconscious, everything begins to unravel.
She wakes in the hospital and tells a harrowing story of escape. Of dashing out a broken window. Of running into her neighbors’ yard and calling the police.

The cops tell her a different story. Because the intruder is now lying dead in her guest room-murdered in a way that looks intimately personal.

Sydney can’t remember killing the man. No one believes her.

Back home, as horrific memories surface, an unnatural darkness begins whispering in her ear. Urging her back to old addictions and a past she’s buried to build a better life for herself and her son.

As Sydney searches for truth among the wreckage of a past that won’t stay buried for long, the unquiet darkness begins to grow. To change into something unimaginable.

To reveal terrible cravings of its own. 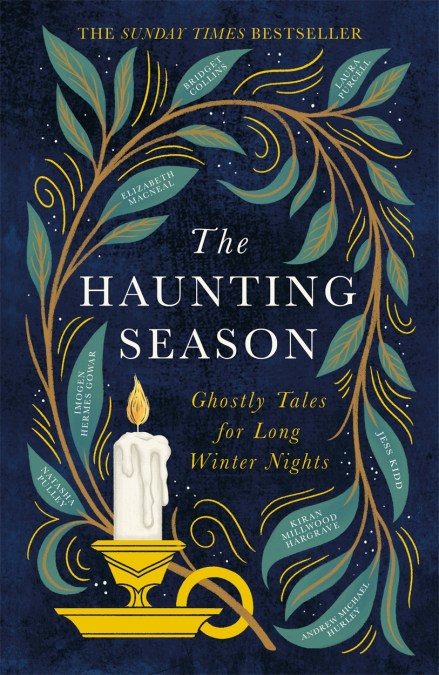 by Imogen Hermes Gowar by Bridget Collins by Natasha Pulley by Kiran Millwood Hargrave by Elizabeth Macneal by Laura Purcell by Andrew Michael Hurley by Jess Kidd
Eight bestselling authors. A dazzling new collection of original haunted tales. This is your indispensable companion to the long, dark nights this winter.

‘You won’t find a more thrilling winter read this year, or a better line up of writers who have mastered the gothic and ghostly.’ SARA COLLINS, Costa Award-winning author of The Confessions of Frannie Langton

‘From today’s finest writers of suspense, horror and historical fiction comes a chocolate-box collection of stories to savour alone or share . . . Best read by candlelight.’ METRO
______________

Featuring new and original tales from:

Long before Charles Dickens and Henry James popularized the tradition, the shadowy nights of winter have been a time for people to gather together by the flicker of candlelight and experience the intoxicating thrill of a ghost story.

Now eight bestselling, award-winning authors – all of them master storytellers of the sinister and the macabre – bring the tradition to vivid life in a spellbinding new collection of original spine-tingling tales.

Taking you from the frosty Fens to the wild Yorkshire moors, to the snow-covered grounds of a haunted estate, to a bustling London Christmas market, these mesmerizing stories will capture your imagination and serve as your indispensable companion to the cold, dark nights.


So curl up, light a candle, and fall under the spell of winters past . . .

‘Makes you feel oddly cosy, in the way only the best ghost stories can. Exquisitely crafted, I enjoyed every word.’ FRANCINE TOON, Sunday Times bestselling author of Pine

‘Gorgeous . . . a book destined to be read and re-read’ AMANDA MASON, author of The Wayward Girls 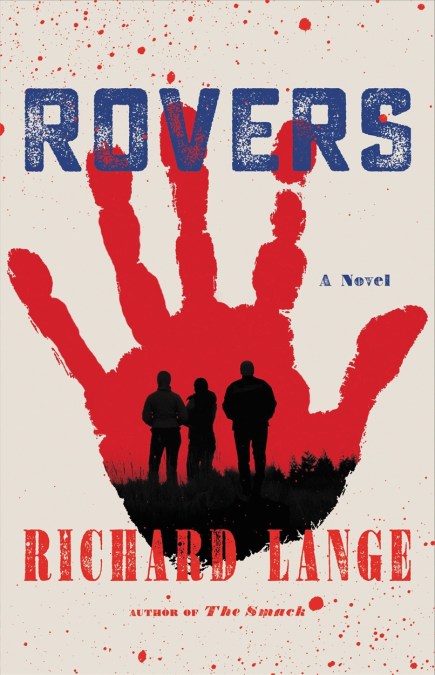 by Richard Lange
Summer, 1976. Jesse and his brother, Edgar, are on the road in search of victims. They’re rovers, nearly indestructible nocturnal beings who must consume human blood in order to survive. For seventy years they’ve lurked on the fringes of society, roaming from town to town, dingy motel to dingy motel, stalking the transients, addicts, and prostitutes they feed on.

This hard-boiled supernatural hell ride kicks off when the brothers encounter a young woman who disrupts their grim routine, forcing Jesse to confront his past and plunging his present into deadly chaos as he finds himself scrambling to save her life. The story plays out through the eyes of the brothers, a grieving father searching for his son’s murderer, and a violent gang of rover bikers, coming to a shattering conclusion in Las Vegas on the eve of America’s Bicentennial.

Gripping, relentless, and ferocious, Rovers demonstrates once again why Richard Lange has been hailed as an “expert writer, his prose exact, his narrative tightly controlled” (Steph Cha, Los Angeles Times). 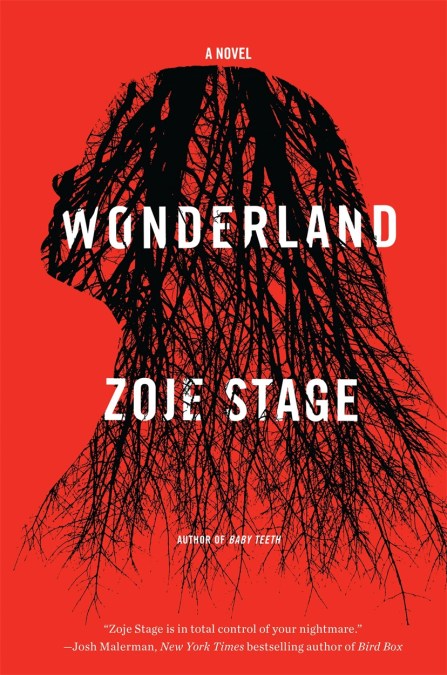 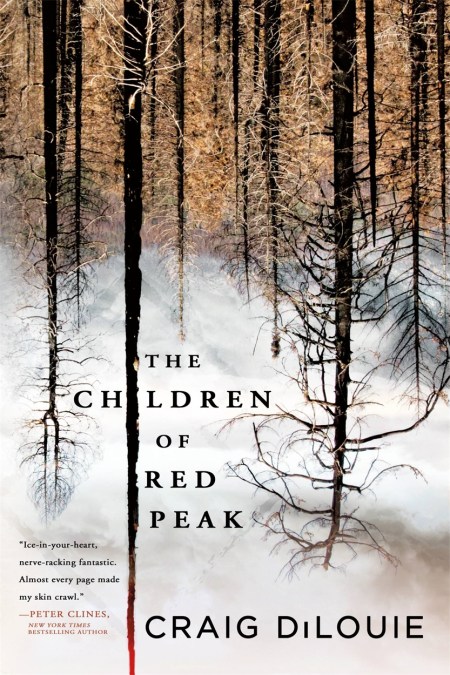 The Children of Red Peak

David Young, Deacon Price, and Beth Harris live with a dark secret. As children, they survived a religious group’s horrific last days at the isolated mountain Red Peak. Years later, the trauma of what they experienced never feels far behind.

When a fellow survivor commits suicide, they finally reunite and share their stories. Long-repressed memories surface, defying understanding and belief. Why did their families go down such a dark road? What really happened on that final night?

The answers lie buried at Red Peak. But truth has a price, and escaping a second time may demand the ultimate sacrifice. 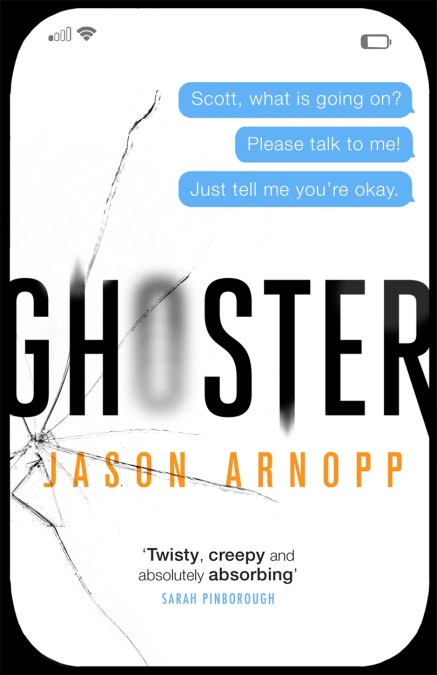 ‘A helter-skelter collision of social media and the supernatural. Hugely enjoyable’ Chris Brookmyre

Kate Collins has been ghosted.

She was supposed to be moving in with her new boyfriend Scott, but all she finds after relocating to Brighton is an empty flat. Scott has vanished. His possessions have all disappeared.

Except for his mobile phone.

Kate knows she shouldn’t hack into Scott’s phone. She shouldn’t look at his Tinder, his texts, his social media. But she can’t quite help herself.

That’s when the trouble starts. Strange, whispering phone calls from numbers she doesn’t recognise. Scratch marks on the door that she can’t explain.

And the growing feeling that she’s being watched . . .

Jason Arnopp – author of The Last Days of Jack Sparks, a Radio 2 Bookclub pick – returns with a razor-sharp thriller for a social-media obsessed world. Prepare to never look at your phone the same way again . . . 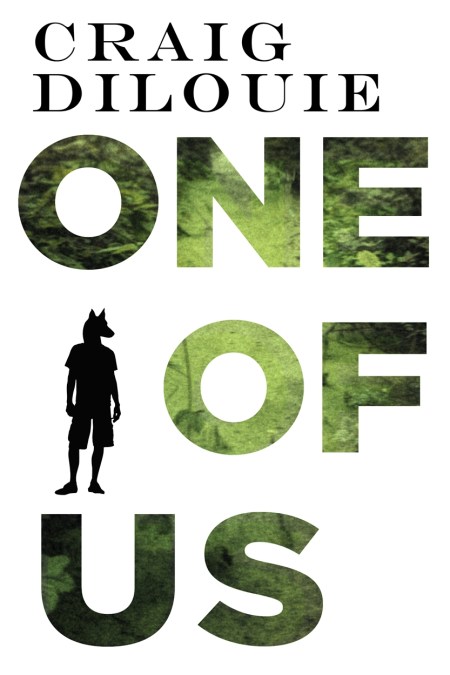 by Craig DiLouie
‘The Girl with All The Gifts meets To Kill A Mockingbird’ Claire North, author of The First Fifteen Lives of Harry August

‘It’s quite rare to find a story with this much heartbreaking impact . . . this is skilful, powerful stuff’ SciFiNow

The story of a lost generation, and a boy who just wants to be one of us.

‘An amazing tour-de-force . . . One of Us rattled me to the core. An engrossing, emotionally-charged book and a work of terrible beauty. I loved it, heart and soul’ John Dixon

‘Without a doubt one of the best books I’ll read this year . . . a compelling work of near perfection’ Bracken MacLeod

‘This is not a kind book, or a gentle book, or a book that pulls its punches. But it’s a powerful book and it will change you’ Seanan McGuire 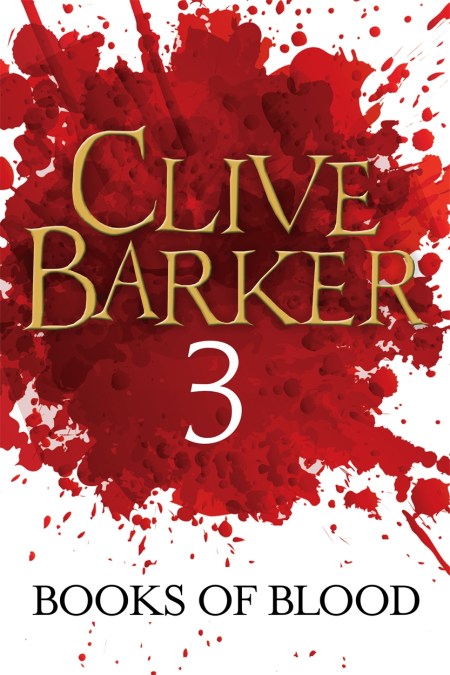 With the 1984 publication of Books of Blood, Clive Barker became an overnight literary sensation. He was hailed by Stephen King as “the future of horror”, and won both the British and World Fantasy Awards. Now, with his numerous bestsellers, graphic novels, and hit movies like the Hellraiser, Clive Barker has become an industry unto himself. But it all started here, with this tour de force collection that rivals the dark masterpieces of Edgar Allan Poe. Read him and rediscover the true meaning of fear. 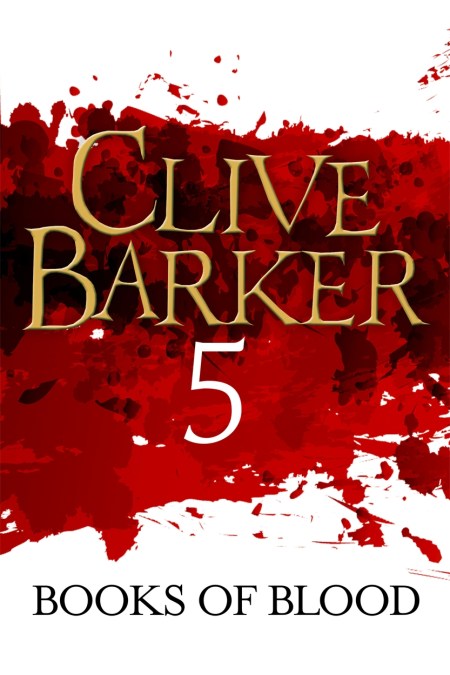 by Clive Barker
Volume Five of Clive Barker’s seminal Books of Blood contains the stories: ‘The Forbidden’, ‘The Madonna’, ‘Babel’s Children’, ‘In the Flesh’.

With the 1984 publication of Books of Blood, Clive Barker became an overnight literary sensation. He was hailed by Stephen King as “the future of horror”, and won both the British and World Fantasy Awards. Now, with his numerous bestsellers, graphic novels, and hit movies like the Hellraiser, Clive Barker has become an industry unto himself. But it all started here, with this tour de force collection that rivals the dark masterpieces of Edgar Allan Poe. Read him and rediscover the true meaning of fear. 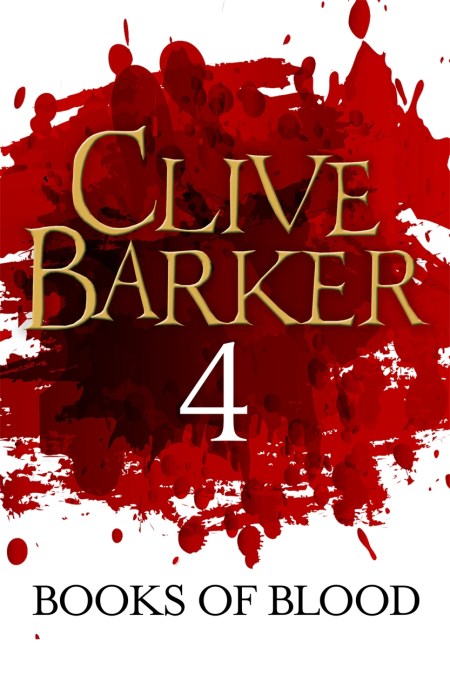 by Clive Barker
Volume Four of Clive Barker’s seminal Books of Blood contains the stories: ‘The Body Politic’, ‘The Inhuman Condition’, ‘Revelations’, ‘Down, Satan!’, ‘The Age of Desire’.

With the 1984 publication of Books of Blood, Clive Barker became an overnight literary sensation. He was hailed by Stephen King as “the future of horror”, and won both the British and World Fantasy Awards. Now, with his numerous bestsellers, graphic novels, and hit movies like the Hellraiser, Clive Barker has become an industry unto himself. But it all started here, with this tour de force collection that rivals the dark masterpieces of Edgar Allan Poe. Read him and rediscover the true meaning of fear.
Next Page